Welcomes is the twentieth and final chapter of The Book of Three. It is a brief denouement that establishes a pleasant status quo for the rest of the books in the series, with five of the eight main protagonists sharing a home together. 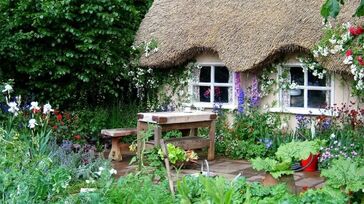 Taran traveled back to Caer Dallben astride his new mount Melynlas. Dallben read The Book of Three and considered sending Eilonwy back to her family -- for she was, he revealed, a royal princess -- but decided to let her stay at the farm (along with Gurgi, though this remained unspoken). Taran excitedly informed the Princess of this decision, without having asked her wishes on the matter, and was crestfallen when she became angry with him for this perceived slight. Nonetheless, the girl had already asked Coll to prepare quarters for her, leaving Taran bewildered as usual, and Hen Wen a happy pig in her pen. 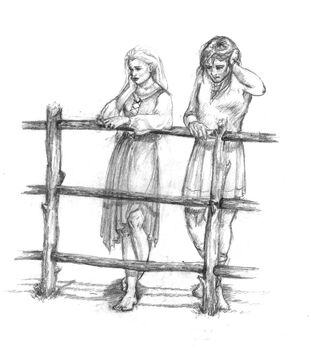 Retrieved from "https://prydain.fandom.com/wiki/Welcomes?oldid=7934"
Community content is available under CC-BY-SA unless otherwise noted.