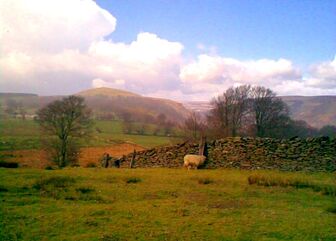 The Valley Cantrevs were a collection of small, agrarian kingdoms that lay in the south of Prydain, west of the River Ystrad. Most notable of these in the Chronicles is Cantrev Cadiffor, the realm of the boisterous King Smoit, who ruled the cantrev from Caer Cadarn. It was famed for its produce of oats and barley.

Other kingdoms named in the books as southern cantrevs, and so presumably belonging to the Valley group, are Mawr, Dau Gleddyn, and Rheged. The tribal lords of these areas, among others, rose in rebellion under the Horned King, but were quelled in the wake of the defeat of that evil champion of Arawn. 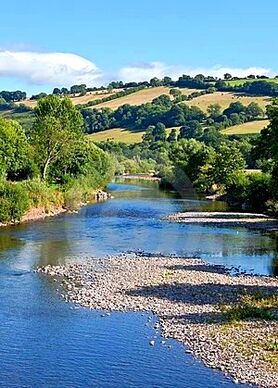 The Valley Cantrevs at one time were known for their abundant farms, and for producing "wheat bright and heavy as gold," but many of the secrets and tools that made that bounty possible were stolen by Arawn Death-Lord. Plows that worked of themselves, scythes that reaped with no hand to wield them, and the secrets of making the earth yield richly -- all these were stolen by Arawn.

According to Smoit, the lords of the Valley Cantrevs had to be watched carefully, as they were quick to take advantage of a weakened or distracted neighbor.

Taran's travels took him through the region, where he was briefly robbed of his horse Melynlas by Lord Goryon the Valorous, and later given a cheerless meal by Lord Gast the Generous. Taran helped King Smoit put an end to the perpetual cattle-raiding between the two lordlings, and he shamed them both into helping rebuild the farm of Aeddan, which the heedless lords had destroyed in their reckless quarrel.

Retrieved from "https://prydain.fandom.com/wiki/Valley_Cantrevs?oldid=7237"
Community content is available under CC-BY-SA unless otherwise noted.