The Watcher is the fifth chapter of The High King. This is the first chapter in the series presented from a character's point of view other than the hero's: that of the heroine. Here a series of accidents leads to a favorable advantage over difficult circumstances, and the heroine employs female intuition -- indistinguishable from magic -- to assess a dangerous situation. Here too another old friend reappears, and reluctantly provides magical assistance. 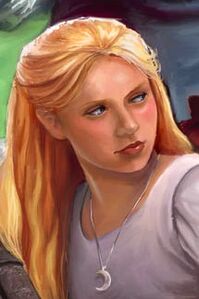 The group of King Rhun, Fflewddur Fflam, Glew and Princess Eilonwy were delayed on their journey by Rhun's bumbling, by Llyan's playfulness and by Rhun's slow horse.

Next day, as they neared Caer Cadarn, Eilonwy remarked on a number of features which seemed to hint at danger: Gwydion's banner did not fly above King Smoit's; the gates were closed; a party of bowmen manned the walls; and she "[saw] the castle all crooked-wise" and "[came] over all chills and creeps". Fflewddur initially countered each of these with explanations, but the Princess soon convinced him, and he opted to ride ahead as a wandering bard to scope the scene. Just as Eilonwy was growing impatient, Fflewddur returned with dire news of Magg's usurpation and the Companions' captivity -- news which he got from the otherwise secretive guardsmen. 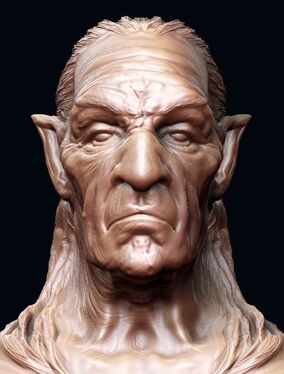 As Eilonwy tried to conceive a rescue plan, she noticed a shadow moving and jumped on it, using her bauble to reveal -- Gwystyl of the Fair Folk! After mournful protestations, and Eilonwy's threats of squeezing some help out of him, Gwystyl let them take what they needed from his sack -- including eggs which weren't eggs, but... smoke.
Retrieved from "https://prydain.fandom.com/wiki/The_Watcher?oldid=8674"
Community content is available under CC-BY-SA unless otherwise noted.