The Wall of Thorns is the eight chapter of Taran Wanderer. Here the hero faces not only evil enchantment but inhuman cruelty and malice. 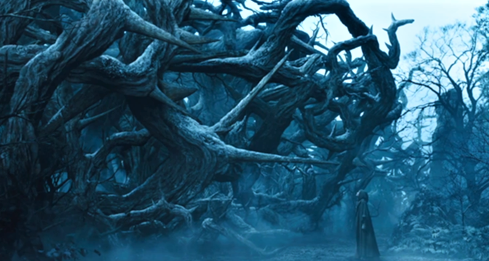 Taran plunged into the forest and with Doli's directions discovered Morda's abode. The wizard dwelled in an ill-shaped hut surrounded by a dense wall of thorns, twice as tall as a man, which bristled with "spines sharper than the talons of a gwythaint". The screen was invulnerable to sword; Taran was obliged to climb over it, invoking slip-nooses of finely knotted cords, which twined themselves around his and Gurgi's bodies and flung them over the wall. Taran awoke being questioned by Morda in his dwelling. The wizard had a gaunt face and lidless eyes. Over a body wasted and skeletal, he wore a grimy, threadbare robe. 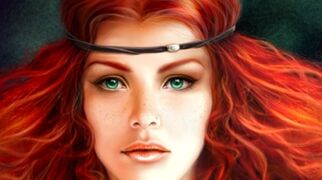 Taran noted the crescent moon pendant in Morda's hand, and the wizard confided he had got the item from Princess Angharad of the House of Llyr, the mother of Eilonwy. She had come to Morda's doorstep in a weak and desperate state, seeking help in her search for her missing daughter. Angharad had offered the pendant with its clear gemstone in exchange for shelter and aid; Morda simply took the jewel and left her to die. 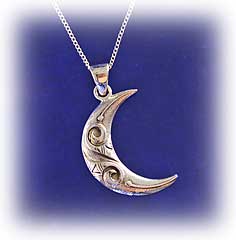 Morda employed the enchanted gem, after years of study and practice, to raise the wall of thorns encircling his abode, to reduce timber to twigs, and -- most surprising of all -- to find the hidden way posts and treasure houses of the Fair Folk. In the present, Fflewddur showed up and was captured as well; using the gem Morda turned the bard into a hare and caged him, then transformed Gurgi into a mouse, and finally turned his eyes on Taran.

Retrieved from "https://prydain.fandom.com/wiki/The_Wall_of_Thorns?oldid=8636"
Community content is available under CC-BY-SA unless otherwise noted.