The River of Ice is the fifteenth chapter of The High King. Here the hero is saved by the selfless intervention of the heroine. Here too the enchanted beings who are the hero's friends devise and enact a major victory over their mutual enemies, even as the prophecy spoken in the opening chapters begins to come true. 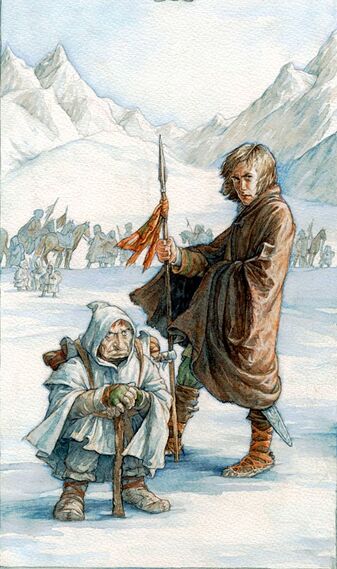 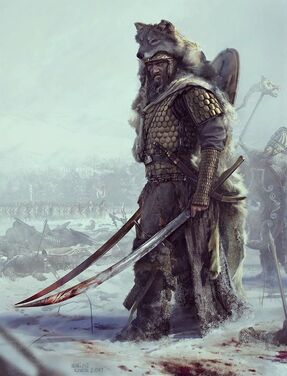 Under the distant but brilliant light of Princess Eilonwy's bauble, Taran saw the approaching force of Huntsmen of Annuvin. In the safety of the Fair Folk tunnel mouth, the Companions discussed a plan and sent Doli invisibly to spy on the enemy. Doli soon returned and led Taran and Fflewddur to a spot overlooking the gorge where the Huntsmen camped. Bears and wolves patrolled the rim of the bowl, keeping the foemen in. 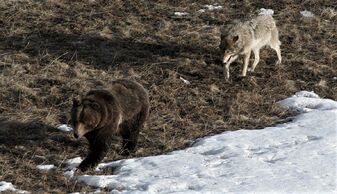 Doli had struck on a plan: he directed the Companions and Fair Folk warriors to gather branches and shrubs, pile these high on a nearby frozen lake, and set the kindling aflame. Unlocked by the heat, a river of fiery ice gushed into the Huntsmen's ravine and drowned or dashed them to death. Those who tried to escape were devoured by the roving woodland predators. 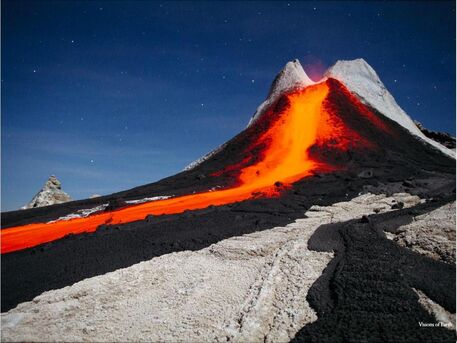 Eilonwy and Gurgi reappeared, and the Princess of Llyr realized that part of Hen Wen's prophecy -- "rivers burn with frozen fire ere Dyrnwyn be regained" -- had come to pass. Taran observed that the "Night turn to noon" phrase had also come true, though Fflewddur pointed out that a third element -- mute stones speaking -- had yet to occur. At all events, the prophecy had also said that the Black Sword's flame would be quenched, its power vanished. Doli noted they had lost much time, and Taran resolved to cut across the mountains and meet the Cauldron-Born as they marched to Annuvin. Doli agreed to accompany them, grumbling all the way.

Retrieved from "https://prydain.fandom.com/wiki/The_River_of_Ice?oldid=9423"
Community content is available under CC-BY-SA unless otherwise noted.