The River is the sixteenth chapter of The Black Cauldron. Here an impossible task confronts the protagonists, which try as they might only seems to defeat them at every turn. 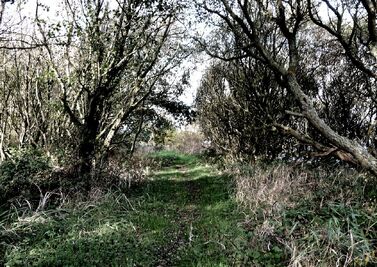 Taran decided to take the Black Crochan north to the Forest of Idris to have some cover from the dreaded gwythaints. In the woods the Companions' progress was slow and painful; 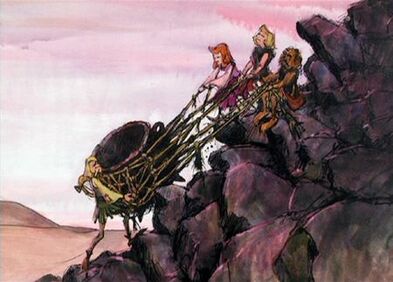 Taran had the idea of making a sling from branches and vines, but this scarcely lessened their labors. The Cauldron seemed to mock them as it caught on roots and branches. Taran despaired at a difficult hill, down which the "evil pot" broke loose and tumbled. Worse, on the far side a turbulent river -- the Tevvyn -- blocked them. 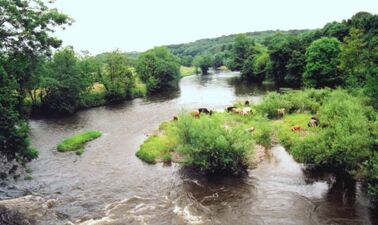 At a shallow spot, the group tried to cross, but the Cauldron lurched on its sling and fell into the river; Fflewddur was dashed against some rocks and broke his arm. The others tried to heave the Crochan out from its semi-submersion, to no avail: it was stuck fast. Taran felt defeated. A figure stepped from the forest.
Retrieved from "https://prydain.fandom.com/wiki/The_River?oldid=8580"
Community content is available under CC-BY-SA unless otherwise noted.