The Price is the fourteenth chapter of The Black Cauldron. Here the protagonists must each offer their most prized possessions to obtain the object of the story. The theme of magical excellence earning the admiration of one's friends is recalled, as each of the protagonists tries to keep the hero from surrendering his prize, even as he himself struggles with the decision to part with it.

The three enchantresses confronted the Companions who were held fast by the Black Crochan in the chicken roost. Taran angrily called the trio "evil", which Orddu denied, claiming that they were interested in things as they are. Releasing the spell, Orddu let the companions move the Cauldron out into the yard, where in the rays of dawn it glowed red as blood. The witches said that Arawn had spoiled the Crochan for anything but making Cauldron-Born, in

which they had no interest, and had decided the companions should have the pot -- for the right price. After a number of absurd suggestions -- the North Wind in a bag, a nice summer day -- Taran offered first his sword, a gift from Dallben, then the mare Lluagor bequeathed to him by Adaon, then Melynlas, his prized stallion, gift from Gwydion. All were refused. Gurgi offered his enchanted wallet of food; Eilonwy her ring with its Fair Folk jewel, then her bauble, to no avail; Fflewddur offered his harp but, while Orwen expressed interest in music, Orddu said they could simply send for singing birds, and declared that the three witches would keep the Cauldron after all. 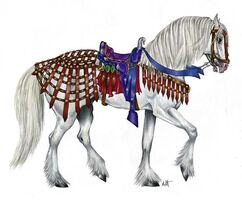 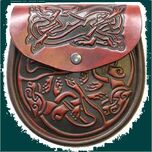 Retrieved from "https://prydain.fandom.com/wiki/The_Price?oldid=7975"
Community content is available under CC-BY-SA unless otherwise noted.