The Plan is the thirteenth chapter of The Black Cauldron. Here the object of the story is finally revealed, along with the changing nature of the supernatural beings with whom the protagonists must contend to obtain it. 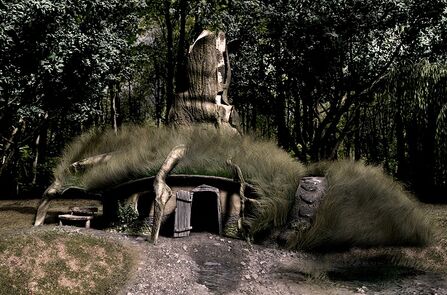 Hurried out of the witches' cottage the Companions rapped "long and loud" on the window with no response. Fflewddur counseled returning to warn Dallben and Prince Gwydion. 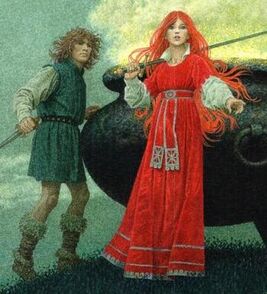 But Taran and Eilonwy agreed that Arawn would move too quickly to reclaim the Black Cauldron. They decided to think on the matter during the night, and Gurgi went to find straw for bedding while Taran considered trying to dream under the power of Adaon's brooch. Gurgi returned, terrified, and brought the group to the chicken roost where sat the evil Cauldron itself. 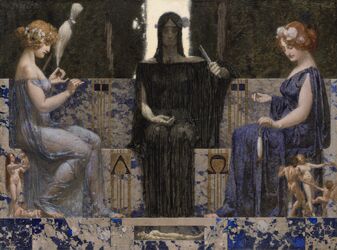 The group decided to come back after nightfall to seize the Black Crochan in secret. During the night, Taran and the others peered into the windows of the cottage, and saw the enchantresses as young and beautiful -- carding, spinning and weaving wool. By dawn's light the companions tried to lift the Crochan, but found themselves held fast to it! Orddu appeared in the doorway.

Retrieved from "https://prydain.fandom.com/wiki/The_Plan?oldid=9702"
Community content is available under CC-BY-SA unless otherwise noted.