The Messengers is the eighth chapter of The High King. Here the unique point of view of an animal companion takes center stage even as the plot is advanced by the subtle revelation of the enemy's movements and intentions. 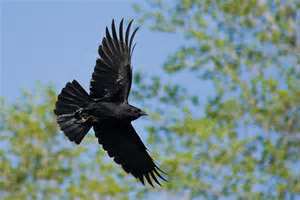 Kaw the crow flew from Caer Dallben to Annuvin at Taran's request, and in the Forest of Idris overheard Huntsmen of Annuvin discussing Caer Dathyl. Almost as soon as he had overheard this vital clue to Arawn's intentions, however, three gwythaints descended on Kaw from the sky. 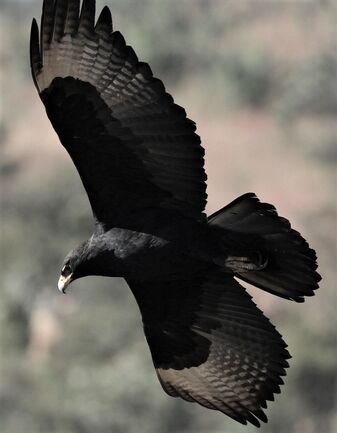 The crow outsmarted the messenger birds by feigning confusion before streaking away in a burst of speed, but one of the so-called Eyes of Annuvin managed to injure the crow under his wing.

Kaw escaped the predators by flying into the cover of the forest, then slowly made his way to the valley of Medwyn, where all animals intuitively knew to go when injured or distressed. Medwyn heard Kaw's tale and sent the wolves Brynach and Briavael, and the eagle Edyrnion to spread the word of Arawn's impending assault on the animals of Prydain -- and to resist and defend themselves and their territories against the Death-Lord.
Retrieved from "https://prydain.fandom.com/wiki/The_Messengers?oldid=9397"
Community content is available under CC-BY-SA unless otherwise noted.