This is about the book chapter. For the place see Marshes of Morva.

The Marshes of Morva is the tenth chapter of The Black Cauldron. Here the theme of magical excellence and the gratitude of friends is explored and developed. Here too a major destination along the heroes' journey is reached, and a major new character introduced. 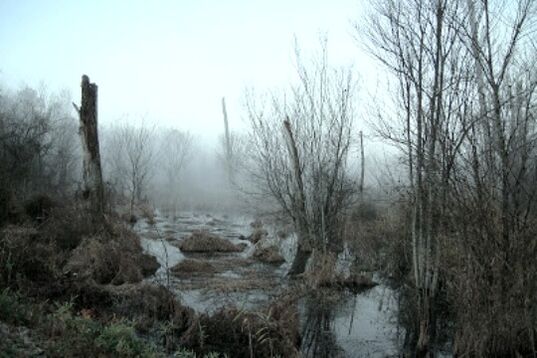 Taran led the Companions to shelter from the rain below a hill, but quickly ordered the group out -- seconds before the bank collapsed under the deluge. Soon afterwards he led them into the stagnant, sucking Marshes of Morva. 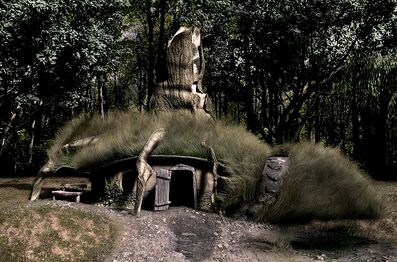 From the sturdier fringes Taran guided his small party through bogs and mires, leading a band of Huntsmen to their deaths in the black mud. (The details of this maneuver had come to him in a dream, imparted by the Brooch of Adaon.) On a shelf of solid turf, Taran discovered a thatched cottage half-grown into the side of a mound. A strange voice inquired as to whether any of the group would like to be turned into a toad. "And stepped on?"
Retrieved from "https://prydain.fandom.com/wiki/The_Marshes_of_Morva_(chapter)?oldid=9344"
Community content is available under CC-BY-SA unless otherwise noted.