The Lost Lamb is the thirteenth chapter of Taran Wanderer. Here a new character tells a sympathetic story with enormous consequences for the hero. 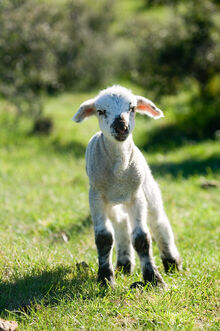 Taran met Craddoc the shepherd after freeing one of his sheep from a thicket. Taran and his Companions were about to go their own way, when Taran saw the man stumble and went to help him. At Craddoc's dilapidated house, Taran told the shepherd of his quest to find the Mirror of Llunet. Craddoc then told Taran his own story, 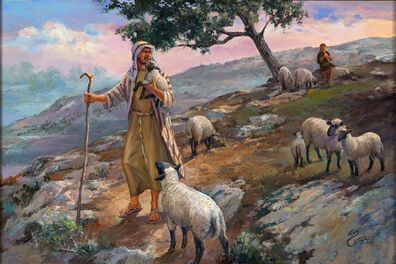 of how he and others had fought raiders to win the land, but that conditions in the hills had gradually forced all the others away. He explained that his wife had been with child; she had tried to persuade him to move for the sake of the unborn baby. Craddoc had refused, having fought hard to keep what was his. The child was born safely, he said, but the mother died. Craddoc despaired and regretted his obstinacy, especially once the infant boy's health took a bad turn. Soon a wise old man had passed by, and offered to take and raise the child. That man was Dallben.

When Taran asked if Craddoc was his father, the shepherd replied that his son had come back.

Retrieved from "https://prydain.fandom.com/wiki/The_Lost_Lamb?oldid=7309"
Community content is available under CC-BY-SA unless otherwise noted.