The Loss is the eighteenth chapter of The Black Cauldron. Here the plot drives quickly toward its climax, as the certainty as to who is a hero and who a villain becomes clouded. The theme of matters being other than what they seem, a major thread throughout the series, finds three resonances here. 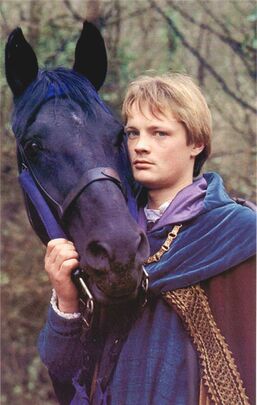 Taran awoke by a campfire with Eilonwy bent anxiously over him and the other Companions nearby. Ellidyr had tried to kill them, too, calling them all "robbers and oath-breakers", then had absconded with the horses and the Black Crochan. He had left no trail and the companions in poor shape to track or deal with him. Taran saw the wisdom of Adaon's words about honor in a field well-plowed, and vowed to seek it there. 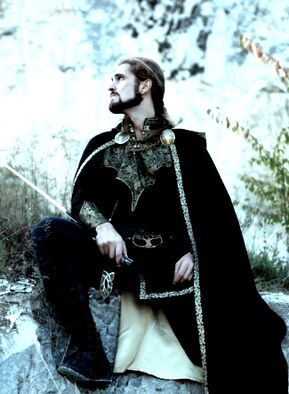 Next day, en route back to Caer Dallben, King Morgant and his warriors met the group. Morgant explained that his forces had been deterred from Dark Gate by the Huntsmen, and had been en route to Caer Cadarn when Gwystyl of the Fair Folk had reported the companions' intent to reach Morva. Morgant then encountered Ellidyr near the Tevvyn. Eilonwy contradicted Ellidyr's version of events, insisting that Taran had won the Cauldron; Morgant claimed to have doubted the Prince's tale. Taran, held to his oath, remained silent. Nearby, at Morgant's camp, Taran saw the Crochan was guarded by warriors; inside a tent Taran was astonished to find Ellidyr battered and bound. The Assistant Pig-Keeper reproached the King for his ill treatment of his captive. Morgant, speaking of a need for obedience, ordered the group bound.
Retrieved from "https://prydain.fandom.com/wiki/The_Loss?oldid=9237"
Community content is available under CC-BY-SA unless otherwise noted.