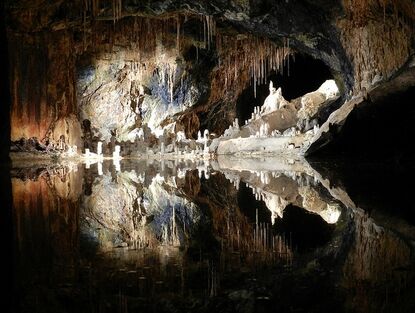 The Kingdom of Tylwyth Teg was the Realm of the Fair Folk. It could be entered, among other places, through The Black Lake in the Eagle Mountains of northern Prydain, north of Medwyn's Valley. 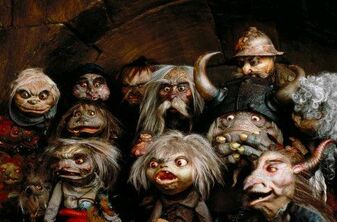 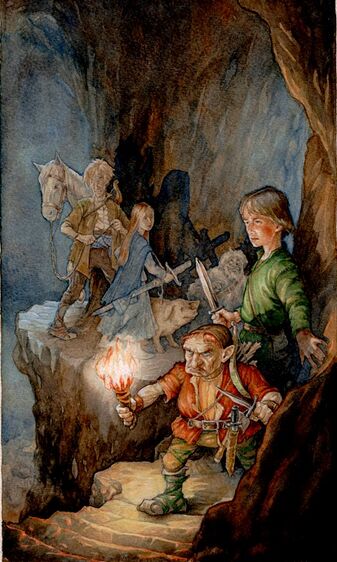 The Kingdom was home to Doli and many other dwarfs and different varieties of Fair Folk, including the Children of the Evening and the Lake Sprites, and ruled over by the gruff but benevolent King Eiddileg. 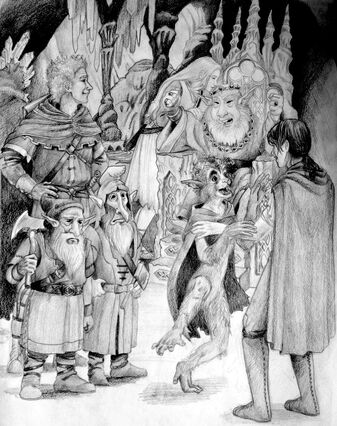 The Realm was a vast and beautiful subterranean land.

Retrieved from "https://prydain.fandom.com/wiki/The_Kingdom_of_Tylwyth_Teg?oldid=9109"
Community content is available under CC-BY-SA unless otherwise noted.