Start a Wiki
This page contains spoilers. If you do not wish to be spoiled, do not read further. 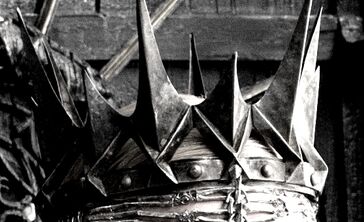 The Iron Crown of Annuvin was an enchanted and deadly object, crafted to kill by scorching flame any wearer who had not first wrested it away from the previous Ruler of Annuvin. Its other powers remain unknown, as do its origins, though it's possible the Crown was created by the enchantress Achren, who claimed to have worn it first. After Arawn Death-Lord learned powerful enchantments from Achren, he wrested from her the Iron Crown and thereafter ruled the Land of Death. 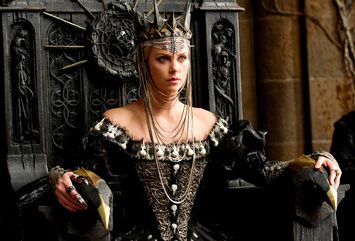 Of its appearance we know only that the Crown was made of iron and "strangely wrought". What exact form it took is left to the imagination. As to its powers, if an unworthy usurper attempted to don the Iron Crown, the metal would heat quickly to scarlet red, then white-hot, and sear the wearer unto death... as it did to Magg after he had placed the Crown on his head. Symbolically the Crown could represent ambition and power-hunger, which left unchecked and untempered, may destroy as surely as a searing flame.
Retrieved from "https://prydain.fandom.com/wiki/The_Iron_Crown_of_Annuvin?oldid=7463"
Community content is available under CC-BY-SA unless otherwise noted.