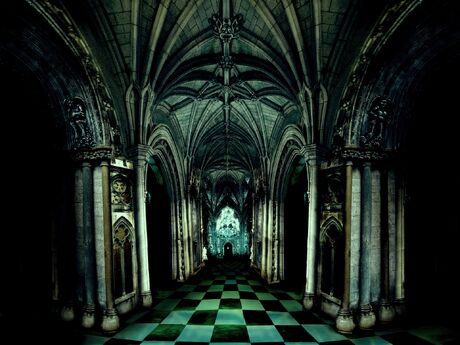 The Hall of Warriors of Arawn Death-Lord was the building inside Annuvin where once the Black Crochan stood upon a platform. The Cauldron-Born warriors assembled here when they were not deployed for battle.
This page contains spoilers. If you do not wish to be spoiled, do not read further. 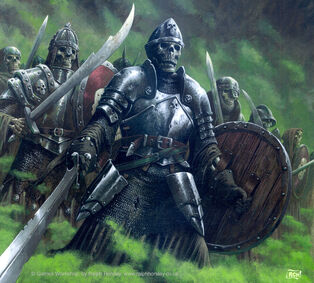 During the events of The Black Cauldron, Doli of the Fair Folk entered here while invisible, on a reconaissance mission to investigate the Crochan's location and the number and placement of the guards. 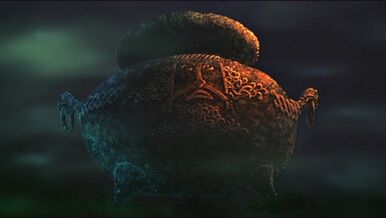 The Hall had two entrances, one front portal and a postern door to the rear, which was not guarded.

Despite the difficulty of entry, the three enchantresses of Morva were able to enter here, evidently unchallenged and undetected, to reclaim the Crochan as their own.

Retrieved from "https://prydain.fandom.com/wiki/The_Hall_of_Warriors?oldid=7380"
Community content is available under CC-BY-SA unless otherwise noted.