This page is about the book chapter. For the winged creatures, see Gwythaint.

The Gwythaints is the fourth chapter of The Book of Three. The theme of the unprepared hero develops here even as the villain's purposes are revealed and a new course of action decided on. 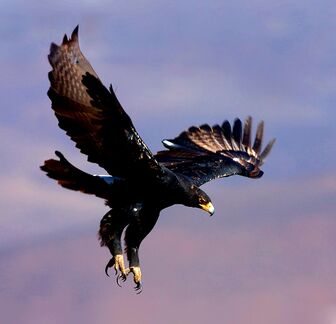 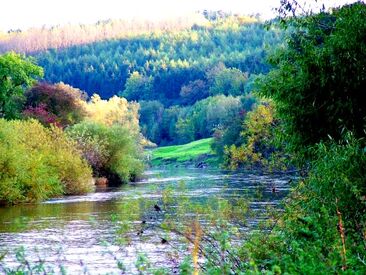 Taran and Prince Gwydion followed Gurgi's directions to the banks of the Great Avren river, where he had last spotted the "piggy". As the pair were crossing the river, Taran almost drowned because he believed he would be able to swim, despite never learning the skill. Upon reaching the other side, they were attacked by gwythaints. Gwydion rode Melyngar into the woods with Taran behind him in the saddle. The prince lamented the encounter, explaining that gwythaints were messengers -- the Eyes of Annuvin. He went on to describe, to Taran's horror, the deathless Cauldron-Born. 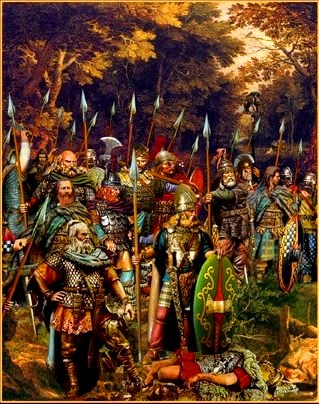 Later, Gwydion quartered the land in an intensive search for signs of Hen Wen, but he found nothing. He went over the possible explanations, including the distant sanctuary of Medwyn. The next morning, hearing a disturbance in a bush, Taran leapt in and discovered none other than Gurgi. 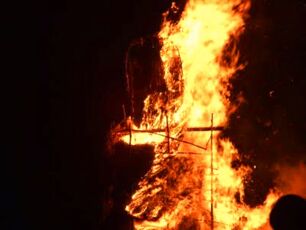 Taran was angry, but Gwydion was touched by Taran's genuine, if foolhardy, effort at protecting him. Gurgi reported on the Horned King, then led them to a ridge with a view of a war rally, replete with wicker basket burnings and the screams of dying men. Gwydion deduced that Arawn had commanded the Horned King to summon a force of arms from among the cantrevs of Prydain, and to march on Caer Dathyl. The Prince of Don decided his course must be to warn his kinsmen at the northern fortress.

While riding away, the trio were spotted by enemy riders.

Retrieved from "https://prydain.fandom.com/wiki/The_Gwythaints?oldid=8661"
Community content is available under CC-BY-SA unless otherwise noted.