The Cottage is the eleventh chapter of The Black Cauldron. Threats from supernatural beings whose purposes are unguessed give way to the disclosure of a strange connection with the hero. 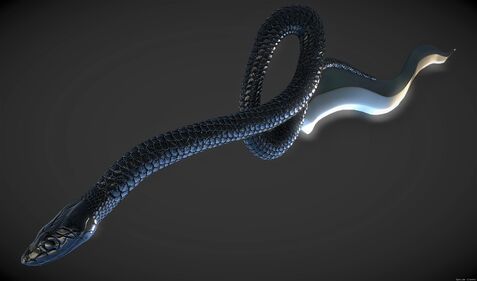 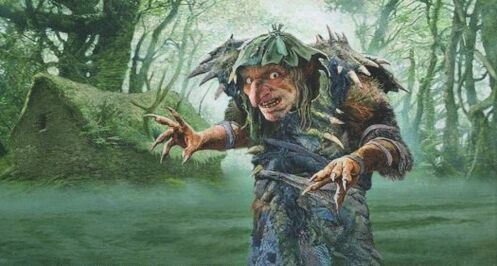 Taran's drawn sword turned into a serpent; he flung the blade away as Orddu invited the Companions to be transformed into toads, the delights of which process the weird witch extolled at length. Soon two other enchantresses, Orwen and Orgoch, appeared round the side of the cottage to discuss the question of "why toads?"; Orgoch smacked her lips inside her hood at the idea, while Orwen praised Taran's creative dispatching of the Huntsmen of Annuvin who had been pursuing the group. 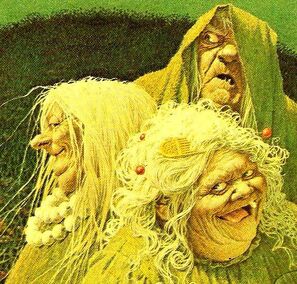 Taran seized on their common enmity with the Huntsmen, but Orgoch expressed having no friendship or enmity with anyone, and Orddu suggested that, as toads, the group would have little trouble thenceforward. Before the transformation, Orwen wanted to know their names, and after Taran gave false ones, introduced the companions properly one by one. On hearing the name of Taran's farm, Orddu said: "Tell me, how is dear little Dallben?"
Retrieved from "https://prydain.fandom.com/wiki/The_Cottage?oldid=9683"
Community content is available under CC-BY-SA unless otherwise noted.