The Book of Three (novel)

The Book of Three is the first novel in The Chronicles of Prydain series by Lloyd Alexander. It introduces the half-dozen or so main protagonists of the series, including the young hero and heroine, and establishes the setting: a land of enchantment and war leaders, farmers and craftsmen, whose way of life is beset by evil forces from without and within. 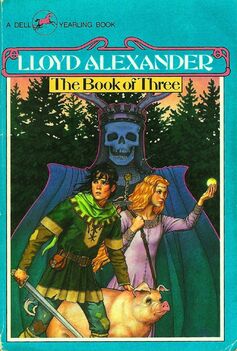 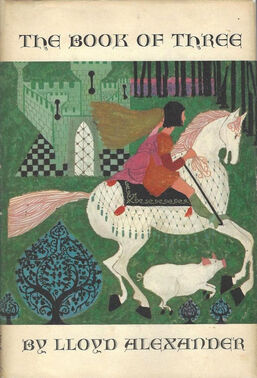 ﻿Taran, a youthful Assistant Pig-Keeper, yearned for adventure. When the oracular pig Hen Wen escaped her enclosure at Caer Dallben, Taran pursued her. He met Prince Gwydion, before both were captured by the evil enchantress Achren.

Taran remained in the dungeons of Spiral Castle until a golden sphere dropped into his cell. Its owner was a chatty girl called Eilonwy, who helped Taran escape. On the way out, Eilonwy acquired an ancient sword with magical powers, called Dyrnwyn. As they fled the castle, it collapsed. Taran, assuming Gwydion had been in the next cell, had asked Eilonwy to free his neighbour; this turned out to be Fflewddur Fflam, an aspiring bard of the harp. Taran and his new friends mourned Gwydion as dead.

The three journeyed onwards, opting to relinquish the search for Hen Wen in favor of warning Caer Dathyl of the advance of the armies of the Horned King. Gurgi, a "shaggy what-is-it" whom Taran had met earlier with Gwydion, rejoined the party as guide and look-out.

In the course of their travels, the Companions met Medwyn, a patriarchal protector of animals who healed Gurgi's injury and set the group on their way. Soon they stumbled into the realm of the Fair Folk, and managed to persuade the grumbly King Eiddileg to let them go. Gurgi found Hen Wen, and the group gained a gruff dwarf guide called Doli. On the way to Caer Dathyl, Taran rescued a wounded Gwythaint Fledgling and nursed it back to health, despite Doli's warnings of treachery by the deadly messenger bird. It soon escaped, followed by the disappearance of Hen Wen. 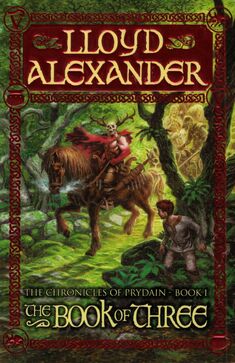 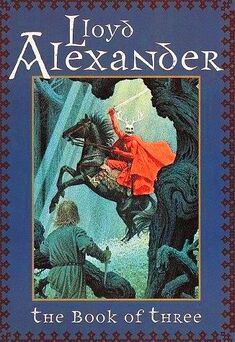 When Taran regained consciousness under Eilonwy's care, Gwydion explained that he had been moved to another place of torture, called Oeth-Anoeth, before the collapse of Spiral Castle, which had fallen with Eilonwy's removal of the enchanted sword Dyrnwyn. Gwydion now carried the blade. The Prince of Don further explained that the Gwythaint Fledgling had led him to Taran, and from Hen Wen he had learned the Horned King's secret name, the utterance of which had destroyed the evil champion. All of the companions were given gifts as a reward for their efforts, and Eilonwy and Gurgi came to stay at Caer Dallben.