This is about the chapter. For the place see The Black Lake.

The Black Lake is the fourteenth chapter in The Book of Three. Here the protagonists recall their goal and receive sanctuary for a time before returning to a difficult journey. The theme of longing for home is shared by all the characters, before the theme of unpredictable enchantments suddenly reappears. 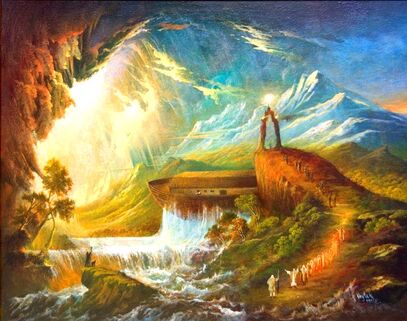 After the Companions feasted on a vegetarian meal alongside numerous varieties of animals, Medwyn invited Taran to stay with him in the hidden valley -- a rare offer to one of the "race of men". Taran declined, having decided to put Hen Wen out of his mind and focus on the task of reaching Caer Dathyl to warn the Sons of Don.

Medwyn re-stocked the group's provisions and counseled the companions on the path they should take, a difficult road that would place them ahead of the Horned King's forces. Medwyn led them down secret paths out of the vale, and there bade them a gentle farewell. 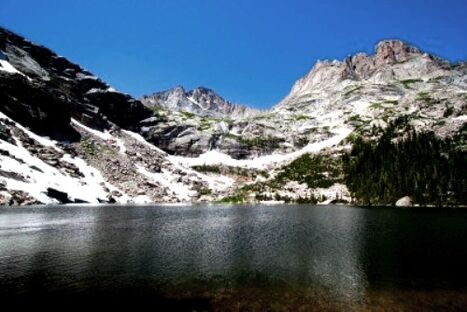 On their journey through the mountains, at camp one night Fflewddur played his harp. The music caused Taran to think of Caer Dallben, Eilonwy to recall the sea, and Fflewddur himself to think of his own "small and drafty" castle. Taran promised to bring Gurgi to Caer Dallben.

Next day as sharp winds rose, their travel grew hard over sheer rocks, and Taran believed he could lead the group on a short cut around the shore of a black lake. Yet by some enchantment, the companions found themselves not only plunging into the water but dragged, inexorably, into its depths.

Retrieved from "https://prydain.fandom.com/wiki/The_Black_Lake_(chapter)?oldid=9333"
Community content is available under CC-BY-SA unless otherwise noted.