This article is about the place. For the chapter see The Black Lake (chapter) 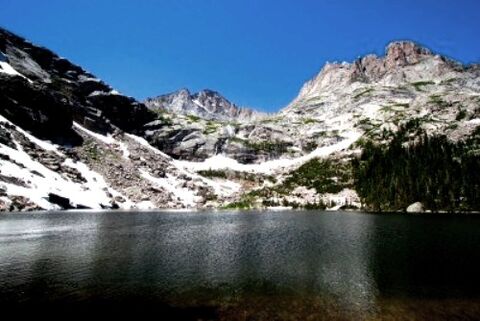 The Black Lake was a landlocked body of water located in a shallow basin of the Eagle Mountains, in the north of Prydain. Beneath its waters lay the Realm of the Fair Folk, a vast subterranean lair.
This page contains spoilers. If you do not wish to be spoiled, do not read further.

On their journey northward from Medwyn's Valley, Taran led the Companions over a difficult region of sheer rocks. He believed he could take a short cut around the shore of the Black Lake. By some enchantment the companions found themselves not only plunging into the water but dragged, inexorably, into its depths. They soon found themselves in an underground cave, whence they were taken by gruff warriors to an audience before King Eiddileg, "the Dwarf King" of the Fair Folk.

Retrieved from "https://prydain.fandom.com/wiki/The_Black_Lake?oldid=7242"
Community content is available under CC-BY-SA unless otherwise noted.