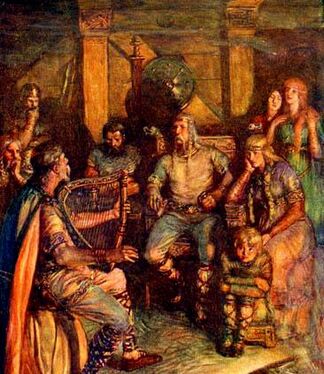 Teirgwaedd was said to have been the first of the bards of Prydain. He was the father of Menwy the Bard.

Nothing more is known about Teirgwaedd, though the name does appear in the Mabinogion, the legendary inspiration for the Chronicles of Prydain. In Middle Welsh the name means "three cries", which is perhaps a reference to the triplicate groupings which British bards used to commit names and stories to memory.

Retrieved from "https://prydain.fandom.com/wiki/Teirgwaedd?oldid=7772"
Community content is available under CC-BY-SA unless otherwise noted.