This page is about the novel. For the heroic character himself, see Taran. For more book covers of the Taran Wanderer novel, see Book Editions and Cover Illustrations: Part Two.

Taran Wanderer is the fourth book in The Chronicles of Prydain series by Lloyd Alexander. It is the most introspective of the five books, the lone volume which avoids the label of epic fantasy. Yet it maintains a sense of boundless adventure, and expounds themes of bettering oneself in skill and knowledge, even while learning to deal with failure and loss. 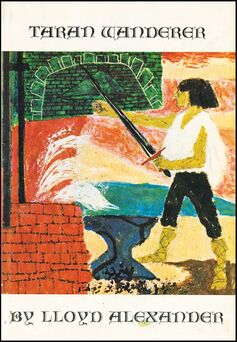 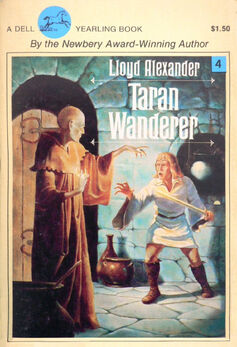 ﻿Taran, seeking to find his parentage, set off with Gurgi to the Marshes of Morva to consult Orddu, Orwen, and Orgoch. The sense of danger from the enchantresses grew more palpable, for the Assistant Pig-Keeper had nothing to offer them in trade. Yet Orddu hinted that he might find what he sought in the Mirror of Llunet. 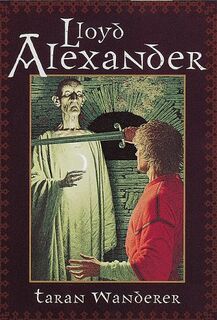 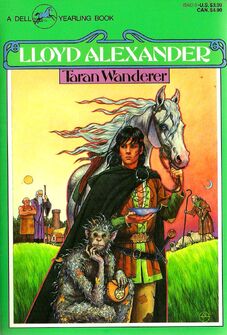 In his ensuing travels, Taran took a sojourn in King Smoit's kingdom, had his stallion Melynlas stolen, helped a farmer reclaim what was his, rescued Doli and foiled the scheme of the wizard Morda, traveled through the inhospitable Hill Cantrevs, ran afoul of the despicable bandit Dorath, kept the shepherd Craddoc company, and learned new skills among the master craftsmen of the Free Commots, before coming at last to view himself in the Mirror -- even as he learned the truth about himself.

Retrieved from "https://prydain.fandom.com/wiki/Taran_Wanderer?oldid=9201"
Community content is available under CC-BY-SA unless otherwise noted.