The Sons of Don were Prydain's ruling house. They were a mighty warrior kindred who came on golden ships from the Summer Country long ago, and liberated Prydain from the tyrannical rule of Arawn Death-Lord. 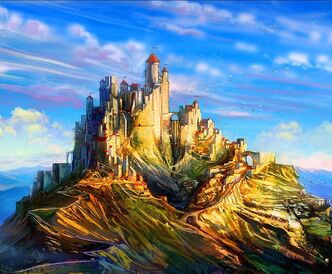 The Sons of Don were so-named because they descended from the immortal rulers of the Summer Country, Lady Don and Belin King of the Sun. Their descendants ruled Prydain from Caer Dathyl since the time of their victory over Arawn. It is likely that most or even all in the House of Don were enchanters as well as warriors.

During the reign of High King Math son of Mathonwy, Prince Gwydion -- Math's war leader and the greatest warrior in Prydain -- was captured by Arawn's servant Achren and taken to her stronghold, Spiral Castle. 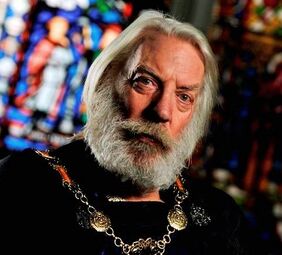 Taran of Caer Dallben attempted to rescue him, but Fflewddur Fflam -- who was also of the House of Don -- was accidentally rescued in his place. Gwydion's steed Melyngar helped Taran and his Companions find Medwyn, Protector of All Animals in his Valley. Later, the white mare helped the group find Caer Dathyl, near to which Gwydion defeated the Horned King. 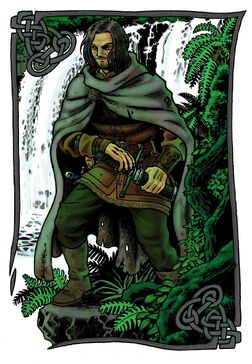 Servants of Arawn assaulted and gravely injured Gwydion, and seized the magical black sword Dyrnwyn. When Gwydion had healed sufficiently, he set out with the Companions to enter Annuvin, the Land of Death, and seek the sword. Soon Gwydion turned from the quest for Dyrnwyn to planning for battle. King Pryderi arrived from the West Domains to announce his new allegiance to Arawn, for the good of all. The Cauldron-Born besieged Caer Dathyl en masse and razed the fortress overnight. High King Math and many of the Sons of Don were killed. Gwydion was proclaimed High King in camp. Gwydion determined to attack while Annuvin was guarded by mortal men alone. He led the Sons of Don to waiting ships on the north coast, and attacked by sea, while Taran led the Commot folk to delay the Cauldron-Born's return march (for their power waned with time and distance from Annuvin). 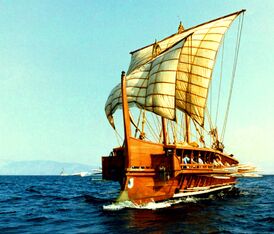 Through many tribulations Taran achieved his goal, discovered Dyrnwyn and with it destroyed the Cauldron-Born, enabling Gwydion's victory over the in situ forces.

End of an Age

After the battle, and with Arawn's ensuing defeat by Taran leading to the fall of Annuvin, Gwydion announced that the Sons of Don must board the golden ships on which they came to Prydain and return to the Summer Country. As the age of enchantment ended in Prydain, the Sons of Don, and all others with magic in their blood, must leave its boundaries.

Retrieved from "https://prydain.fandom.com/wiki/Sons_of_Don?oldid=7349"
Community content is available under CC-BY-SA unless otherwise noted.