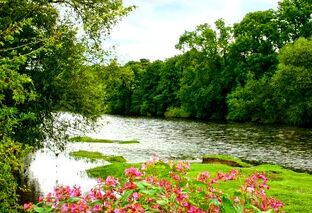 The Small Avren was a river in the east of Prydain, which flowed southward -- possibly from a source in the Eagle Mountains -- into the Great Avren.

The Small Avren was so named by Llonio, who set up a weir and nets along the river, in order to catch fish and various needful items that floated downriver. The waterway's sometimes surprising payload was probably a result of its flowing between the Hill Cantrevs and the Free Commots.

Retrieved from "https://prydain.fandom.com/wiki/Small_Avren?oldid=7236"
Community content is available under CC-BY-SA unless otherwise noted.