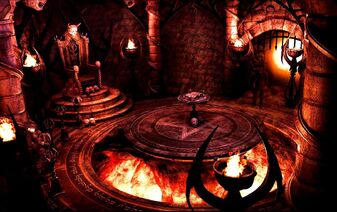 The Ruler of Annuvin was the King or Queen of the Land of Death.
This page contains spoilers. If you do not wish to be spoiled, do not read further.

An aspiring Ruler had to defeat the previous Ruler, lest the The Iron Crown of Annuvin scorch the usurper's head unto death. While both known Rulers of Annuvin -- Arawn Death-Lord and Achren -- wielded powers of enchantment, it remains unknown whether a Ruler was required to be a enchanter. 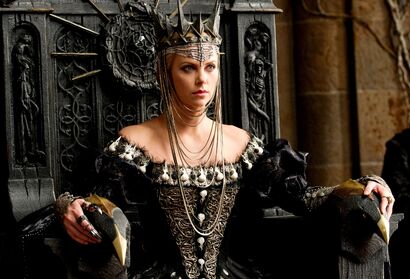 Achren claimed that Arawn, her former protege to whom she had taught deep enchantments, had betrayed her and stolen the rulership of the Land of Death. Arawn wore the Iron Crown for years untold, without it immolating him.

During the climactic events of The High King, Magg sat in the Throne of Annuvin and donned the Iron Crown, assuming rulership without having first defeated Arawn, as Arawn had done to Achren long ago. Magg died shrieking.

It's reasonable to conjecture that, had Magg properly deposed Arawn in some kind of physical or magical struggle, the Crown would have been rightfully his, and so would not have destroyed the former Steward of Mona.

Retrieved from "https://prydain.fandom.com/wiki/Ruler_of_Annuvin?oldid=7645"
Community content is available under CC-BY-SA unless otherwise noted.