This page is about the place. For the book chapter see The Red Fallows (chapter). 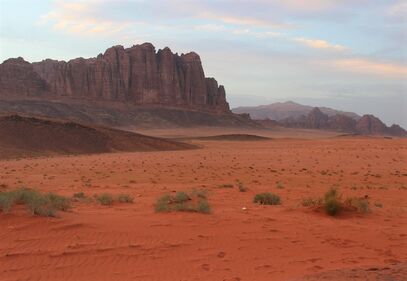 The Red Fallows was a region in Prydain that lay to the northeast of Annuvin. It was once fertile, beautiful farmland, according to Coll Son of Collfrewr "the fairest realm in Prydain". The soil was so rich that lords battled for control of it. In their greed to claim the land as their own, warriors trampled the fields and ruined the soil; from that time it was a barren desert.

The Red Fallows stretched east alongside the Hills of Bran-Galedd and west of the River Ystrad, some distance north of Cantrev Cadiffor and south of Caer Dathyl. The Ruined Wall cut across the Fallows' width. Official Map-makers invariably depict the Fallows as lying south of Annuvin, but while marching in pursuit of the Cauldron-Born south of Caer Dathyl, Coll explained to Taran that the wasteland ran "southwestward almost to Annuvin."

The Fallows was a "broad, winding belt of wasteland where grassless earth stretched... as far as the eye could see. The dead ground was broken, rutted as though ill-plowed, and slashed with deep ditches and gullies. No tree, no shrub rose from the dull red earth...." Silence hovered there "like frozen mist about the lifeless land." 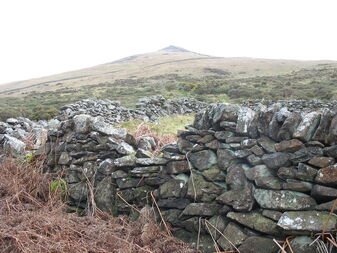 During their pursuit of the Cauldron-Born from Caer Dathyl, Taran and the Companions traveled through the Red Fallows and tried to win a victory against the deathless warriors there. Coll perished there along with many Commot warriors, and Taran buried his mentor in a grave he hollowed out of the red earth with his own hands. This was perhaps fitting, since Coll had said that he himself had once contributed some blood to the dead soil.

Later, after all the battles against Arawn and his minions had been won, and faced with a choice of immortality in the Summer Country, Taran decided to remain in Prydain so he could rebuild part of what the Death-Lord had destroyed. In this choice Taran specifically cited the Red Fallows, expressing a hope to restore them to their former fecundity.

Given that it was this decision that elevated Taran to the status of High King, the Red Fallows and what they represent -- human-wrought destruction and the heart-felt urge to repair it -- are major themes of The Chronicles of Prydain.

Retrieved from "https://prydain.fandom.com/wiki/Red_Fallows?oldid=8937"
Community content is available under CC-BY-SA unless otherwise noted.