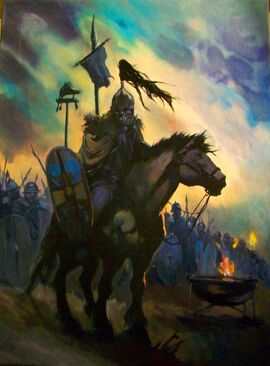 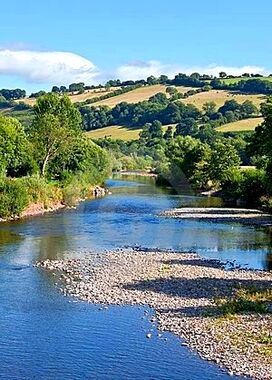 The Land of Prydain was a magical country in which "evil is never distant". Lloyd Alexander, author of The Chronicles of Prydain, created the land as a fantastical conception of ancient Wales, though he noted that the two are different in both geography and history. The inspiration for the fictional land came from Welsh legend, especially the Mabinogion and the Welsh Triads, and from Alexander's deployment in Wales for training during World War II. 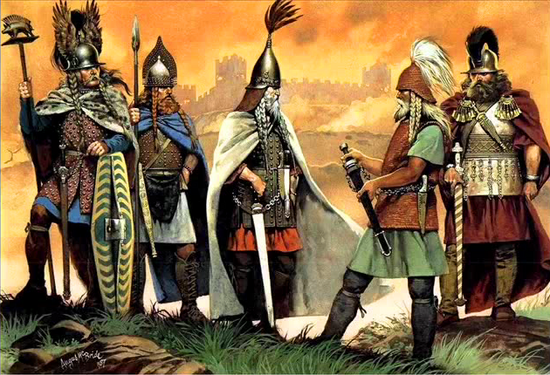 Prydain was a land of many small kingdoms, or cantrevs, whose kings swore oaths of obeisance to a High King. Each cantrev king further commanded several lesser lords; for example, Lords Goryon and Gast owed fealty to King Smoit, who in turn swore allegiance to High King Math. In this essentially feudal system, Prydain's kings shared land and power with their liege lords, who helped the kings keep peace in each region of the land. 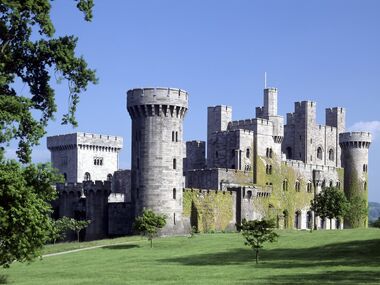 Some of the named kingdoms of Prydain were Mawr, Rheged, Dau Gleddyn, and Cadiffor (south), and Madoc (north). The notable exception to this system were the Free Commots of the east, whose people had no local king, and swore fealty only to the High King himself. 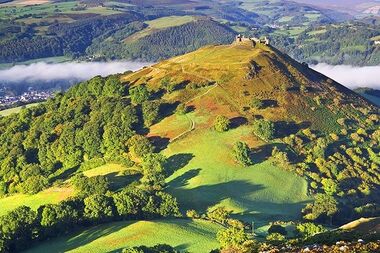 The cantrevs of Prydain were engaged in an enduring stalemate with their western neighbor Annuvin, the Land of Death, and its ruler Arawn Death-Lord. Long ago the Sons of Don liberated Prydain from Arawn's tyranny. Those glorious warriors arrived in golden ships from the Summer Country, and established a new, honorable government at Caer Dathyl, keeping a fragile peace by dint of their military might.

High King Math Son of Mathonwy, one of the Sons of Don, reigned in honor and righteousness at Caer Dathyl -- a city of light and civilization, as Annuvin was a place of darkness and death -- until he had attained a great age. At times some cantrev king, swayed by Arawn's false promises, would switch allegiances and rise against the Sons of Don. But as seen more than once in The Chronicles of Prydain, Math and his war leader Prince Gwydion would eventually quell such uprisings, and the rebel lords would slink back to their cantrevs to nurse their discontent.

For specific places and locations, see List of Prydain locations.


For cartography, see Maps of Prydain.

The land of Prydain took roughly a month to cross, from any direction, even on horseback owing to rugged conditions and no evident roadways. This indicates a country far larger than Wales, though its topography was roughly similar, with mountains in the north and verdant lowlands in the south. Yet the geography of Prydain is unique unto itself.

Prydain was filled with forests, hills, valleys, rivers, lakes and marshes of many descriptions. Its most common tree varieties were oaks, elms, and rowans in the lowlands; and pines, alders and hemlocks in the uplands. The country was surrounded on at least three sides by water -- open sea to the west, and the Great Avren river to the south and east -- with a trio of major rivers throughout. An island lay in the western sea, called Mona.

The human inhabitants of Prydain belonged to an agrarian and herding culture, growing wheat, oats and barley and herding sheep, cattle and pigs. They employed an Iron Age technology which included steelsmithing, the lever-driven potter's wheel, the foot-pedaled loom, and military horsemanship replete with stirrups. Kings dwelled in stone-walled castles while their vassal lords resided in timber-built forts defended by palisade walls. Farmers, herdsmen and villagers lived in cottages of stone or timber, with thatched roofs; some villages clustered near forts.

Here are all of the major species that inhabited the land of Prydain during Taran's lifetime.

Humans - Most of the characters and population were common humans, whether royalty, warriors or farmers.

Fair Folk - The many kindreds that dwelled in the Kingdom of Tylwyth Teg. These included dwarfs, moonlight singers, lake sprites, and the tall, slender beings of which Gwystyl was one example.

Cauldron-Born - Dead warriors brought back to "life" by the Black Crochan, they were silent and could not be killed by any conventional means.

Huntsmen of Annuvin - Evil warriors who grew stronger when any member of their group died.

Gwythaints - Eagle-like creatures, huge and black-feathered, with sharp talons and beaks. (The Disney film depicts these creatures as being dragon-like, but in the Chronicles they are specifically called birds.)

Horses - Ordinary equine animals, the most common form of transportation.

Pigs - Only one pig is named specifically, Hen Wen, a white sow who was oracular insofar as she could foretell the future with the aid of enchanted rods called Letter Sticks.

Cows - Only one is named, Cornillo, a black and perfect cow with a large herd. A major product and resource in Prydain, a prized source of meat, milk and leather and a symbol of aristocratic prestige.

Sheep - Another major product and resource in Prydain. None is named, though Gurgi for a time was the beloved shepherd of a small flock.

Crows  - Ordinary black birds, the most famous being Kaw and Kadwyr, who were extraordinarily intelligent and could communicate with humans (and other animals) using simple, single words.

Wolves - Ordinary lupines, including Brynach and Briavael, who were as loyal as they were clever.

Cats - Ordinary mountain cats, similar to lynxes with tufts of fur growing from their ears, one of these being magically overgrown, Llyan.

Gurgi - Apparently a kindred all his own, somewhat shorter than a normal human, skinny, very hairy, and capable of climbing trees, riding a horse and shooting a bow and arrow.

Trivia: There has been at least one Dragon said to have lived in the land of Prydain at one time. The only mention of this is when Glew explained that he had once seen a baby dragon in a cage. No other information is known or even rumored about dragons in Prydain, though one suspects they were numerous in the days of King Rhitta.

Retrieved from "https://prydain.fandom.com/wiki/Prydain?oldid=8411"
Community content is available under CC-BY-SA unless otherwise noted.