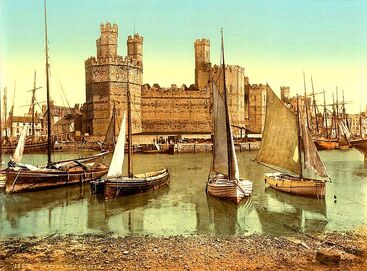 Mona Haven was an inlet on the Isle of Mona, adjacent to and port of Dinas Rhydnant. The haven provided docking for ships from the mainland and for local merchants, fishers and military vessels.
This page contains spoilers. If you do not wish to be spoiled, do not read further. 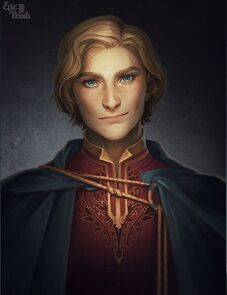 The King of Mona tried to build a seawall there, starting at both ends simultaneously to finish twice as fast, but despite overseeing the project himself, the wall never came together.

Rhun was determined to renew the work on his return to Mona, though Taran observed that the King's skills were no match for the King's plans and intentions. After King Rhun's death, Taran vowed to complete the work.

Taran declined the opportunity to journey to the Summer Country with the Sons of Don in part because of this vow.

Retrieved from "https://prydain.fandom.com/wiki/Mona_Haven?oldid=9297"
Community content is available under CC-BY-SA unless otherwise noted.