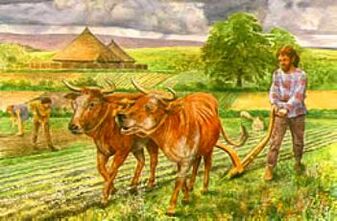 Maibon was a farmer who persuaded Doli of the Fair Folk to give him an enchanted stone.
This page contains spoilers. If you do not wish to be spoiled, do not read further.
In "The Stone" -- the second story from The Foundling and Other Tales of Prydain -- Maibon freed Doli from underneath a fallen log. By tradition, in exchange for the rescue Doli had to trade an object made by his crafty people. Maibon did not request 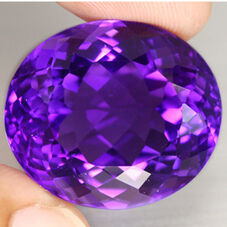 the usual gold or jewels; he asked for the power to remain young. Doli tried to warn of "difficulties", but the man was insistent. After offering an old man a ride on his wagon, Maibon had decided he never wanted to grow old. Doli relented -- with cryptic but evident warnings -- and gave the farmer such a stone, which would keep its wearer from aging.

Delighted at first, Maibon soon discovered his crops did not grow, his trees did not fruit, his cattle did not calve; there was no food to feed his family, who were not aging or growing either; the baby was stuck teething! Mortified and feeling cheated, the farmer tried to bury the stone, smash it, toss it down a well, but it always returned to him. Furious, he began to bury the stone. Doli appeared, watching Maibon from a stump. The farmer reproached the dwarf, but Doli reminded he had tried to warn the man, and explained that the stone kept returning because Maibon did not truly wish to be rid of it. At last the farmer flung it down inside the stump as Doli suggested, and his family grew, his wheat ripened, and he aged proudly and contentedly for the rest of his days.

Retrieved from "https://prydain.fandom.com/wiki/Maibon?oldid=7125"
Community content is available under CC-BY-SA unless otherwise noted.