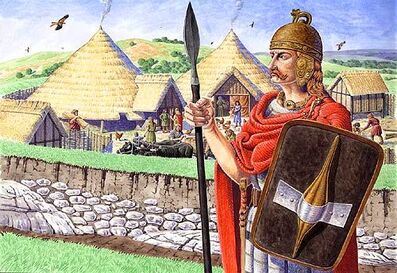 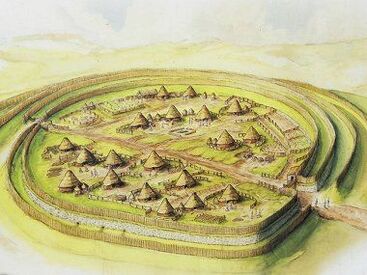 A band of Goryon's soldiers attacked Taran and Gurgi, and stole their mounts -- Taran's beloved stallion Melynlas, and Gurgi's shaggy pony. As Taran arrived at Goryon's fort, he found Melynlas bucking Goryon from the saddle. The Assistant Pig-Keeper tried to claim his horse and explain what had happened, but Goryon took a dislike to Taran and accused him of insolence. Taran, however, used his wits to persuade the prideful lord to release the horses. Gurgi praised his master's wisdom but Taran chided himself for losing the steeds in the first place. 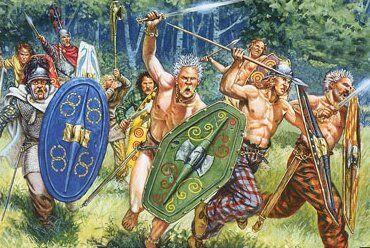 Later, after a conflict with the cow Cornillo and her herds, Taran told King Smoit that Goryon and Gast should not be put in the dungeons, thereby evoking Goryon's praise. Yet when Taran went on to suggest that Smoit should sentence Goryon and his rival to restoring the farmland of Aeddan, which their fighting had destroyed, Goryon was not so pleased.

The labor sentence only temporarily quelled their conflict; as of Taran's arrival in Cadiffor to rescue Smoit from the occupation of Magg, the two lords were still bickering. However, the liegelords put aside their quarrel in order to serve King Smoit and the Sons of Don in the war against Arawn Death-Lord. "Goryon declined to take insult at Gast's every word, Gast refrained from giving offense to Goryon, and neither so much as mentioned cows."

Both vassals of Smoit, as well as the king himself, survived the war and, in the end, accompanied the King of Cadiffor to Caer Dallben, where they cheered in welcome of the new High King.

Retrieved from "https://prydain.fandom.com/wiki/Lord_Goryon?oldid=9686"
Community content is available under CC-BY-SA unless otherwise noted.