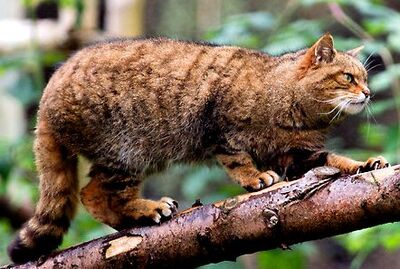 Llyan was once a small mountain cat kept and caged by Glew.

She was the original test subject for his growth potion, which worked all too well on her. Llyan grew to be the size of a horse and chased Glew into a cave, where he drank the same potion to flee from her, but soon grew too big to get out of the cave. 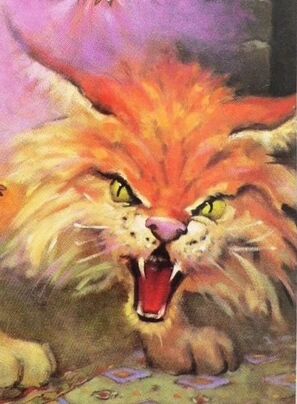 Llyan was horse-sized, but "leaner and longer". She was "sleekly and heavily furred", colored "golden-tawny" and "flecked with black and orange", her belly "white with black splotches". Tufts curled from her ear-tips (like a lynx's), shaggy fur curved from her mouth; she had yellow eyes, sharp, white teeth, and her tail was as thick as a man's arm. 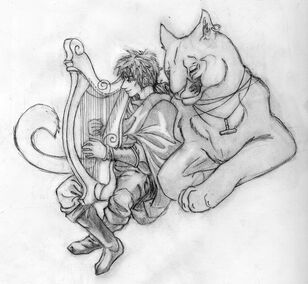 In the Hills of Parys on the Isle of Mona, Llyan trapped Taran, Gurgi, Fflewddur and Prince Rhun in Glew's ruined hut. She kept them penned in, presumably because she intended to eat them (having hunted successfully on the previous night), until she grew mesmerized by Fflewddur's harp playing. The others sneaked away while Llyan lay fascinated by the music. According to Fflewddur (and this must be true, since none of his harp strings broke in the telling), Llyan eventually fell asleep, and the bard managed to take their weapons from her and escape. Later, Llyan tracked the group to the banks of the Alaw, but Kaw led the great cat away so that the Companions could flee. By the time the group confronted Achren at Caer Colur, Llyan had grown so devoted to Fflewddur that she saved him -- and his friends -- from drowning in the flood that Magg unleashed as he fled. 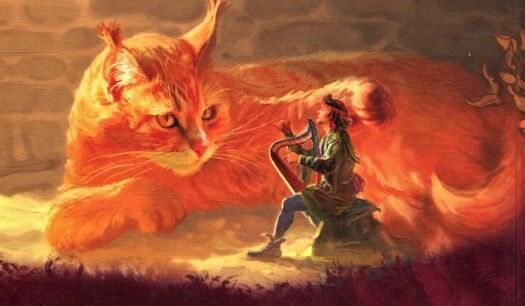 Thenceforward, Llyan chose to accompany Fflewddur as his mount. While traveling with Taran and Gurgi in the Hill Cantrevs, Llyan brought Fflewddur a living frog from the forest -- a token of her affection, as the bard explained. This particular frog, however, proved to be Doli of the Fair Folk, transformed by the evil wizard Morda for spying on his business. Later, after the companions had been captured by the wizard, Llyan leapt over the stronghold's protective wall of thorns and smashed into the hut, giving Taran time to find the enchanted item that would stay Morda's spells.

Llyan continued to accompany Fflewddur throughout the events of the war against Arawn Death-Lord. She was "stabled" at Caer Dallben during the reading of the Letter Sticks; later, on the path to Caer Cadarn she frisked and frolicked, contributing to the Companions' late arrival. That event proved to be in their favor as Smoit, Taran and Gwydion had been locked up by the perfidious Magg. During the rescue Llyan joined the fray, bursting through the fortress gates in search of her musical rider, sending foemen to rout!

The great cat must have been a powerful animal, with uncommon stamina: for she joined in the rallying of the Commot men in the east of Prydain, and in all the ensuing skirmishes against raiders; she fought in the battle of the valley at Caer Dathyl; joined in the long pursuit of the Cauldron-Born, fought at the Ruined Wall and endured the freezing snowstorm in the passes of the Hills of Bran-Galedd -- where, owing to her thick fur she was the least troubled by the biting winds. And she fought in the final battle at Annuvin, which desposed Arawn Death-Lord.

In the end, Llyan accompanied Fflewddur Fflam to the Summer Country, where they doubtless frolicked forever and frolic together still, she bounding through the warm grasses there as Fflewddur plays his promised harp. 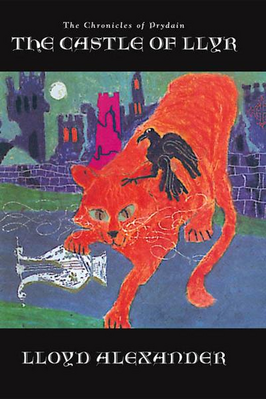 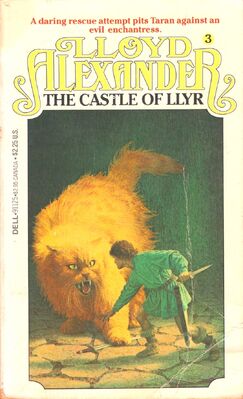 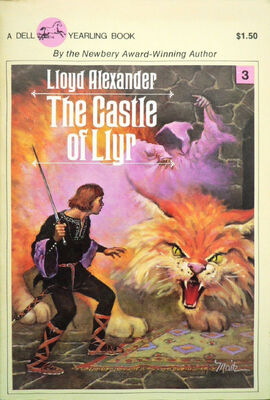 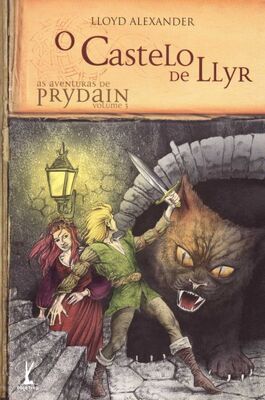 Add a photo to this gallery
Retrieved from "https://prydain.fandom.com/wiki/Llyan?oldid=9633"
Community content is available under CC-BY-SA unless otherwise noted.