This page is about the book chapter. For the residence of Smoit, see Caer Cadarn.

King Smoit's Castle is the fourth chapter of The High King. Here an old enemy resurfaces, even more vile than before; and an old friend is met again under dire circumstances. 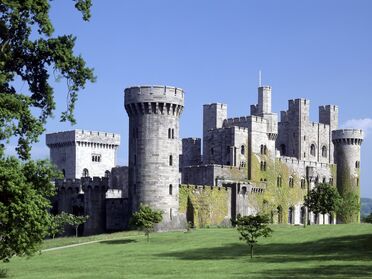 Rhun, Fflewddur, Glew and Eilonwy broke off from the main group to advise the King's shipmaster of the plan change, while Taran, Gwydion, Coll and Gurgi headed on to Cantrev Cadiffor. Rhun's group did not return as scheduled and the others pushed on. At Caer Cadarn the Companions 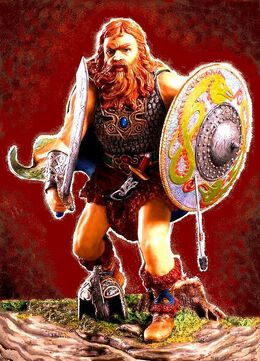 were hoping for King Smoit's customary feasting, but instead of the red-bearded ruler they found instead... Magg! The former Steward of Mona now claimed to serve Arawn Death-Lord, 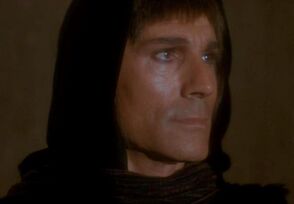 to whom he had given the plan for stealing Dyrnwyn, in order to weaken the Sons of Don and to bring the restless cantrev lords into stronger allegiance with Annuvin.

Magg had been gathering armies for Arawn, and asserted that the Death-Lord had sworn he, Magg, would one day wear The Iron Crown of Annuvin. Magg further planned to use Smoit to command his liegemen to serve Magg, and to have Taran and Gwydion convince Smoit to capitulate. Into a dark larder with Smoit the power-hungry ex-steward had the companions tossed. Smoit said his warriors -- those not slain -- had been imprisoned in guardrooms and armories. The windowless cell had no weak spot, but Smoit swore to squeeze Magg till "all the puddings and pastries he's ever gobbled" came out. Gwydion warned that Fflewddur might soon be trapped as well.

Retrieved from "https://prydain.fandom.com/wiki/King_Smoit%27s_Castle?oldid=7112"
Community content is available under CC-BY-SA unless otherwise noted.