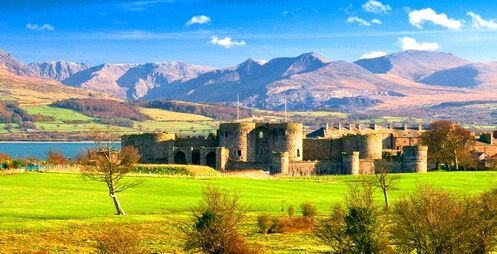 The Isle of Mona was an island off the west coast of Prydain. The Isle of Mona was the realm of the House of Rhuddlum, ruled by King Rhuddlum and Queen Teleria. The capital and royal palace were located in Dinas Rhydnant, a coastal city which held the island's main port, Mona Haven. 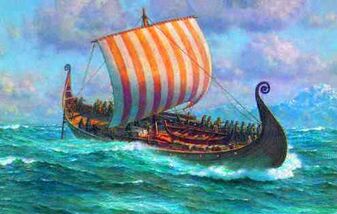 Geography of the Island 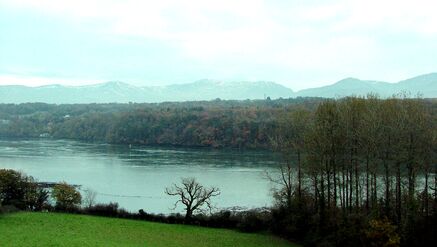 Mona lay in the sea west of Prydain, described as being "far from Annuvin" which was in the west. Mona's capital, Dynas Rhydnant, was a port-town. An unfinished seawall stretched across the harbor. Forests covered much of the island, and the Hills of Parys lay north of the capital city. There was at least one river, the Alaw, which had eroded the earth into a series of subterranean caves. 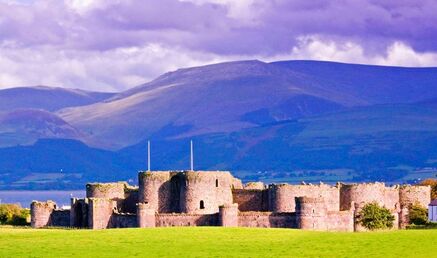 Before Princess Eilonwy was born, Mona had been the kingdom of the House of Llyr, the Sea-People, and the site of their stronghold Caer Colur. Separated from Mona by a flood, the ruins of Caer Colur were then located on a small island just offshore, to the northwest. This site seems to have been abandoned when the House of Llyr fell; this occurred some fifteen years before the setting of the novel. Apparently, the sea air and tides helped accelerate the deterioration of Caer Colur. 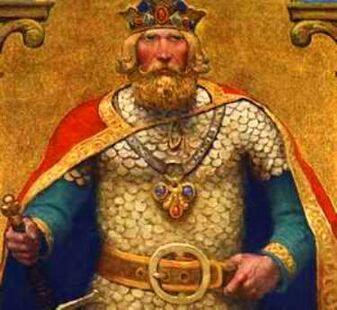 Eilonwy was sent to Dinas Rhydnant to be schooled in the courtly ways of ladies. Soon after arriving, Eilonwy (who by title was the Princess of Llyr) was kidnapped by the Chief Steward of Mona, Magg, who took her to Achren in the ruins of Eilonwy's ancestral home, Caer Colur. Taran and the Companions, accompanied by the untalented Prince Rhun, searched the Hills of Parys along the river Alaw in order to find the princess. 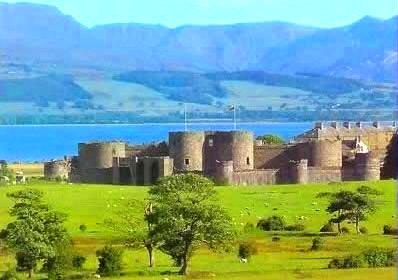 Some time before the beginning of this final adventure, King Rhuddlum died. The island kingdom was inherited by his son, Rhun. After Rhun was killed in battle, Taran vowed to finish Rhun's pet project of a seawall, to protect the harbor.
Retrieved from "https://prydain.fandom.com/wiki/Isle_of_Mona?oldid=9365"
Community content is available under CC-BY-SA unless otherwise noted.