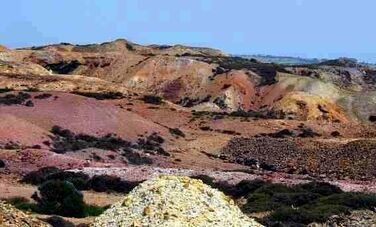 The Hills of Parys were a region of wooded uplands in the center and northern reaches of the Isle of Mona. 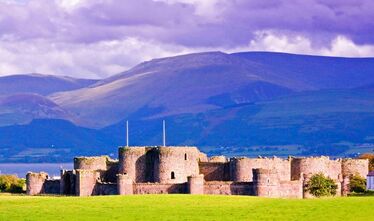 The Alaw river flowed through the Hills, eroding the soil and creating a series of "spectacular caverns".
This page contains spoilers. If you do not wish to be spoiled, do not read further.

In one of the aforementioned caverns, the Companions ran afoul of the giant Glew, who had been trapped by his own magical mistakes. Glew's Hut, where he had undertaken his experiments in potion-making, was also located in these hills, left abandoned since the accident involving the great cat Llyan.

Retrieved from "https://prydain.fandom.com/wiki/Hills_of_Parys?oldid=7644"
Community content is available under CC-BY-SA unless otherwise noted.