Math Son of Mathonwy was the elderly High King of Prydain, a wise and respected ruler who reigned from the golden fortress of Caer Dathyl. 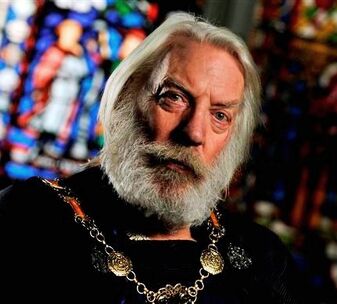 Math was already old when Taran of Caer Dallben first met him following the defeat of the Horned King. The elderly surpeme regent was carried in to the Hall of Thrones on a litter, then after talking at some length, carried out again. 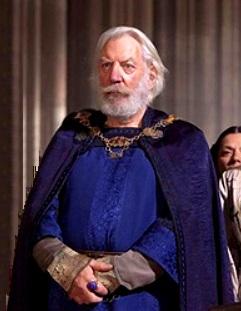 Years later, Taran met Math again when Prince Gwydion was in council with him regarding the war with Arawn Death-Lord. Taran noted that the years weighed heavily on the High King; his face was more careworn even than Dallben's (who at that time was over 380 years of age!), and his hand -- though weak from age -- was still firm, and his eyes were alert, his senses keen.

Soon afterward, High King Math was killed when the Cauldron-Born assaulted his seat of power. Math was poised just inside the gates, standing defiantly against the onslaught of the deathless warriors. His regal presence was so glorious that even the deathless warriors briefly hesitated before dealing the first blow that brought Math Son of Mathonwy to his knees.

Though Gwydion was heir to the high throne and assumed the supreme leadership of Prydain following Math's death, it is never stated in the Chronicles whether the two were father and son. If they share the same relationship as their legendary namesakes from the Mabinogion, then Gwydion was Math's nephew, his sister's son.

Retrieved from "https://prydain.fandom.com/wiki/High_King_Math?oldid=9227"
Community content is available under CC-BY-SA unless otherwise noted.