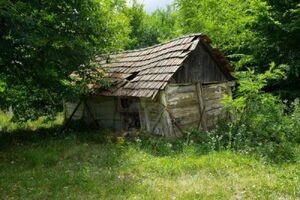 Glew's Hut was a ruined house in the Hills of Parys on the Isle of Mona. There were holes in the ceiling and one of the walls had partly collapsed. The hut was once inhabited by Glew, who conducted many magical experiments there, and kept journals recording his progress in developing a growth potion.
This page contains spoilers. If you do not wish to be spoiled, do not read further. 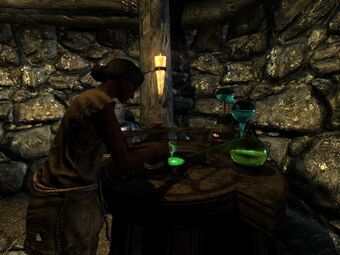 His test subject, Llyan, a small mountain cat, eventually grew to giant size, and pursued Glew into a series of underground caves near the River Alaw. Trapped there after imbibing the growth potion, Glew never returned to his hut, which fell into disrepair.
Retrieved from "https://prydain.fandom.com/wiki/Glew%27s_Hut?oldid=6621"
Community content is available under CC-BY-SA unless otherwise noted.