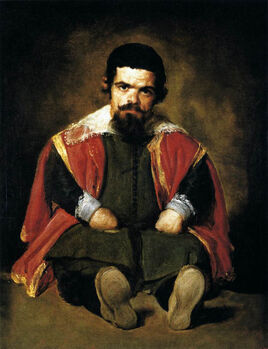 Glew was a failed enchanter, who constantly complained about his woeful condition regardless of his actual circumstances. He lived on the Isle of Mona.

Originally a small and insignificant man, Glew tried and failed at a number of routes to glory, before finally creating a potion that would make him grow. When not a giant under the effects of his growth potion, Glew was of diminutive size. 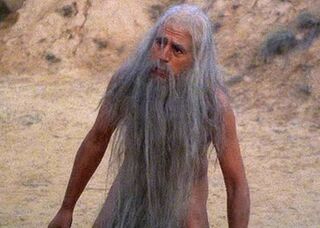 When Glew was a giant imprisoned in the subterranean cavern, his skin was white, his head smooth as a boulder and "somewhat pointed", his remaining hair a coarse and tangled fringe the color of a bird's nest, and his eyes colorless. He had "long, flapping ears" and a skinny neck; below a lumpy nose sprouted a beard. He was covered with moss, lichen and crystal flakes from his continuous activities in the cave. He walked with a shambling, lopsided gait.

Later, after he had returned to normal size, Glew developed a large appetite, gained a deal of weight and had a flabby nose. 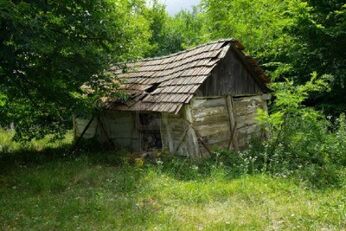 Taran, Fflewddur Fflam, Gurgi and Prince Rhun first learned of Glew when they read his journals in the ruins of his hut, and learned of his experiments in enlarging Llyan, a mountain cat. 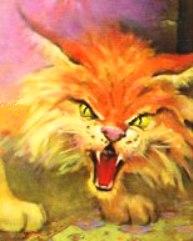 The potions Glew crafted worked too well -- Llyan grew to about the size of a horse and burst from her cage. At first the companions believed Llyan had eaten the would-be sorcerer, but later they encountered Glew -- now a giant -- in an underground cavern. Having fled from Llyan into the caves, Glew had drunk his own potion to save his life and had grown enormous. Unfortunately, the now-giant Glew was too large to get out. 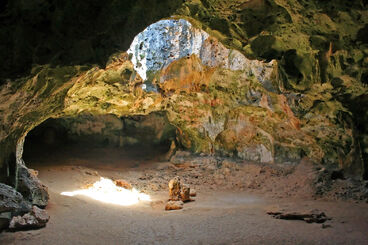 Fearful that Taran and his companions would leave and go back on their promise to bring him help, Glew trapped the friends instead, explaining that he needed to kill one of them to finish his latest project - a potion to restore him to normal size. Glew's project was frustrated by the newfound courage of Rhun, who dazzled Glew with Eilonwy's bauble, causing the giant to knock himself out. 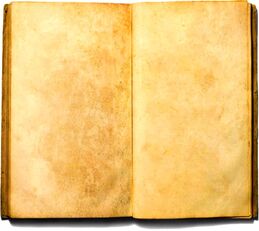 Although Glew does not appear in person in this book, we learn from the evil wizard Morda that Glew once sought to purchase magical secrets and enchantments from him. Morda cheated Glew by selling him the seemingly empty Book of Llyr.

Glew was taken by Prince Rhun from Mona to Caer Dallben, where a potion crafted by Dallben allowed Glew to regain his former size -- but did nothing to stop his whining or his greed. His favorite lament became "When I was a giant ...", and, when forced to accompany Taran and the others when on their conquests against Arawn, he was ever on the lookout for precious-seeming things. The latter trait nearly killed him when he tried to take treasures from the storehouse of Arawn; only Gurgi's quick reflexes saved him from destruction. (Admitting that fact proved to be one of the first unselfish acts Glew had ever committed.) 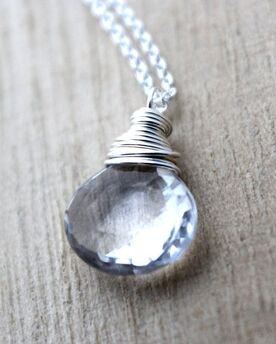 Accompanying Taran's Commot men after the fall of Caer Dathyl, Glew inadvertently caused the collapse of a Fair Folk mine shaft. He greedily dug up jewels while the Commot people passed through the shaft. Glew's greed forced the group to turn back. This incident led to a route that found both Achren and Dyrnwyn. In Annuvin, Glew and Gurgi stumbled upon Arawn's treasure room. Glew tried to steal treasure from it, even though Gurgi correctly suspected it was booby trapped. Glew was nearly killed by one of the traps, but Gurgi rescued him. Later, Glew told the truth about his folly in the treasure room, much to everyone's amazement.

Because of his inadvertent aid in Arawn's defeat, Glew was allowed to sail to the Summer Country when the Sons of Don left Prydain. It was stated that, if he wished, he would be able to grow to a normal man-height when he reached his new home. Before leaving, Glew gave Taran a present of a small crystal he had kept as a keepsake (another selfless action).

Retrieved from "https://prydain.fandom.com/wiki/Glew?oldid=7789"
Community content is available under CC-BY-SA unless otherwise noted.