This article is about the place. For the book chapter, see The Free Commots (chapter). 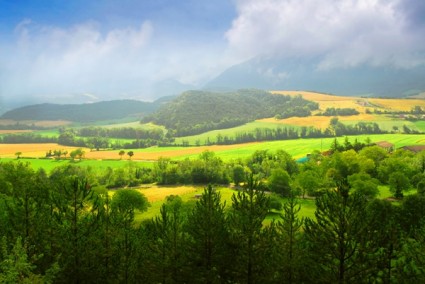 The Free Commots was a region of Prydain east of the Small Avren river and south of the Llawgadarn Mountains. Taran came into the Commots during his quest for his ancestry in Taran Wanderer. There he learned the skill of several crafts, including blacksmithing, weaving, and pottery, though he frequently remained unsatisfied with his efforts.

According to Doli, the Fair Folk had a great deal of respect for the Commot folk and kept a few way posts "here and there" in case the largely self-sufficient villagers needed help. Their independence came as a relief to the Fair Folk, given the number of crises elsewhere in Prydain at any given moment. 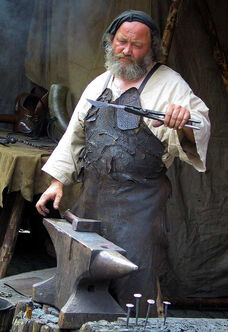 Each individual commot had its own village and its own unique character. Cenarth was home of Hevydd Son of Hirwas, the ironsmith. Here Taran learned the craft of forging steel, and made a sword that rang true despite its ungainly appearance. Taran returned to take on Hevydd as his chief smith during the events of The High King. 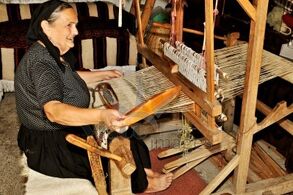 Gwenith was home to Dwyvach Weaver-woman, with whom Taran stayed for a time while he learned the art of weaving -- which included carding, spinning and other arduous tasks before he could make his handsome cloak. 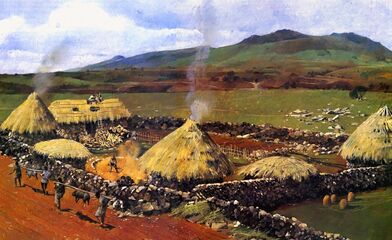 This sheep-herding village was the home of Llassar Son of Drudwas. When Dorath's Company raided it Taran chose to stay and help protect it. After he devised a plan that enabled them to drive off the raiders (and splinter Dorath's cruel band), the people of Isav tried to persuade Taran to stay, but he declined. 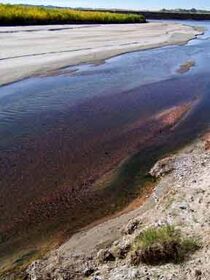 Commot Merin was situated on Fernbrake Stream, where Annlaw resided and crafted pottery. Described as the fairest place Taran had ever seen, Merin was bounded by fir trees and filled with cottages with white thatched roofs. Mount Meledin was but a day's ride from here, and at its base the Lake of Llunet, where Taran's long-forgotten goal, the Mirror of Llunet, lay.
Retrieved from "https://prydain.fandom.com/wiki/Free_Commots?oldid=7247"
Community content is available under CC-BY-SA unless otherwise noted.