Flight Through the Hills is the eleventh chapter of The Book of Three. In it, the plot continues to drive the protagonists forward to their destination, and fully develops the theme of surface perception vs. inner truth, into a warm and unexpected friendship that will last through the series. 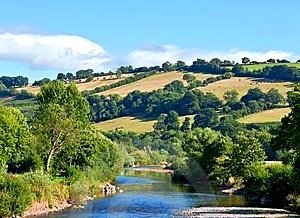 Fflewddur Fflam chose a route for the Companions to Caer Dathyl. En route, Taran realized the burden of taking responsibility for people's lives. While wishing for Gwydion's strength, he longed for the simplicity of Caer Dallben. 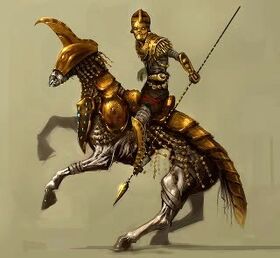 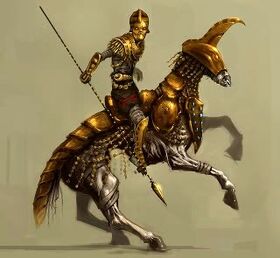 Soon two Cauldron-Born appeared and pursued the group through the woods of the Ystrad Valley. The ride exhausted Eilonwy; later Gurgi broke his leg while trying to obtain a honeycomb from a high tree. The wretched creature insisted that Taran should cut off his head so he would not slow down the Companions. When Taran refused and tried to treat the injury instead, Gurgi offered Taran his portion of the honeycomb. They smiled at one another for the first time. 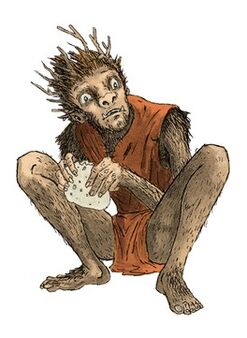 Retrieved from "https://prydain.fandom.com/wiki/Flight_Through_the_Hills?oldid=8253"
Community content is available under CC-BY-SA unless otherwise noted.