This is about the chapter. For the character see Princess Eilonwy.

Eilonwy is the sixth chapter of The Book of Three. Here we meet a major protagonist for the first time, whose intentions we cannot yet know, but who might prove to be of some help to the hero. The two earlier-established story goals take a sideline here, as escape from captivity becomes the new goal. 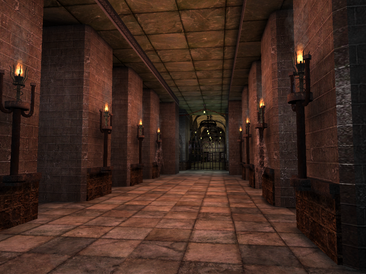 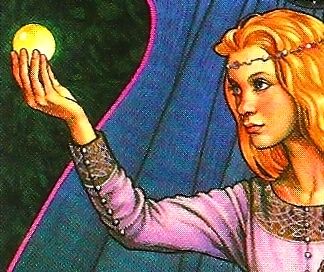 Imprisoned by Achren, Taran awoke in the dungeon of Spiral Castle; soon a strange, golden bauble dropped into his cell. The owner of the bauble, possessed of a musical voice and "intensely blue eyes", turned out to be a girl called Eilonwy. A chatty, seemingly easily distracted young lady, Eilonwy explained that Achren was her aunt, and that the females in her family were enchantresses. She made the small globe glow, and explained that the castle was filled with underground tunnels through which they might escape. She also revealed her intense hatred for Achren, then expressed doubt that the woman was truly her aunt. Eilonwy promised to help Taran, but soon disappeared and did not return.

Retrieved from "https://prydain.fandom.com/wiki/Eilonwy_(chapter)?oldid=8663"
Community content is available under CC-BY-SA unless otherwise noted.