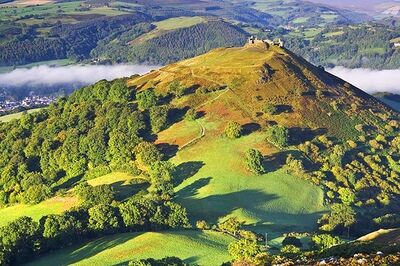 The Eastern Strongholds were the cantrevs clustered in the east of Prydain, north of the Free Commots and of the Llawgadarn Mountains, and perhaps encompassing that eastern range of uplands.

Late in the story, we learn that the rulers of this region were a group called the Daughters of Don. We are left to imagine what their culture and practices might be like for ourselves, but it seems to reasonable to conclude, given their name, that they were a matriarchal society in which women wielded supreme executive power.

Retrieved from "https://prydain.fandom.com/wiki/Eastern_Strongholds?oldid=8855"
Community content is available under CC-BY-SA unless otherwise noted.