This is about the chapter. For the character, see Dorath

Dorath is the eleventh chapter of Taran Wanderer. Here the hero meets his match, and contemplates using magical enchantment to rescue him from a tight situation. 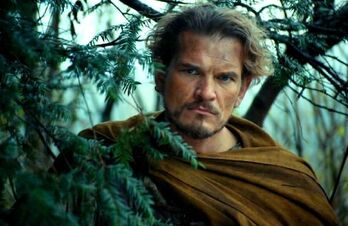 Taran and his Companions chanced upon a camp in the woods of the Hill Cantrevs, occupied by Dorath and his Company, a band of mercenary warriors. Dorath, believing that Taran sought some choice treasure near the Lake of Llunet, tried inviting himself and his band along for "protection." When Taran sensibly refused, 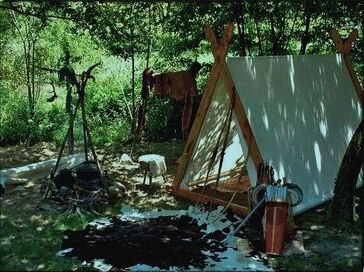 Dorath recommended that "Lord Swineherd" not insult him, and invited the travelers to stay the night. Taran could do little but agree; during the night, he and Fflewddur discussed the possibility of blowing his enchanted Battle Horn and calling the Fair Folk to their rescue. Taran decided he would employ the horn only as a last resort. Later, the trio went ahead with their plan to escape the camp. But from the black shadow of a tree Dorath moved a boot-shod foot to block Taran's way, with a dagger in his hand.
Retrieved from "https://prydain.fandom.com/wiki/Dorath_(chapter)?oldid=8639"
Community content is available under CC-BY-SA unless otherwise noted.