Doli was one of the Fair Folk, a red-haired dwarf from The Kingdom of Tylwyth Teg. During the events of The Book of Three, King Eiddileg appointed him as the guide for the Companions -- Eilonwy, Taran, Fflewddur Fflam, Gurgi, Hen Wen and Melyngar -- to Caer Dathyl. Doli later joined the companions on several adventures. 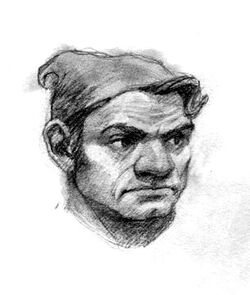 Being a dwarf, Doli was shorter and stockier than a normal human. He had bright red eyes and a shock of red hair, and wore a leather cap, a rust-colored leather jacket, and knee-high boots. Like many among the Fair Folk, he was grumpy and gruff, and complained loudly about having to do one task or another, but afterward was usually quite pleased with himself. Occasionally he let his affection for the others show through his prickly exterior.

Doli was a skilled woodsman, tracker and mountaineer, and a fierce fighter. While at the beginning of his time with the Companions he lacked the typical Fair Folk power to turn himself invisible, this ability was granted him by the Sons of Don after his help in the defeat of the Horned King.

In the story called "The Stone", a human farmer named Maibon freed Doli from underneath a fallen log. By tradition, in exchange for his rescue Doli had to trade a treasure made by his people. Maibon did not request the usual gold or jewels; he asked for the power to remain young. Doli tried to warn of "difficulties", but the man was insistent. Maibon was steadfast; he had decided he never wanted to grow old. Doli relented -- with cryptic warnings -- and gave the farmer an enchanted stone, which would keep its wearer from aging. 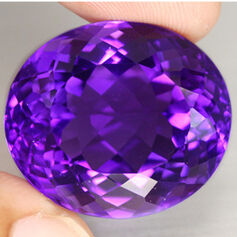 Delighted at first, Maibon soon discovered his crops did not grow, his trees did not fruit, his cattle did not calve; there was no food to feed his family, who were not aging or growing either; even the baby was stuck teething! Mortified and feeling cheated, the farmer tried to bury the stone, smash it, toss it down a well, but it always returned to him. Furious, he began to bury the stone. Doli appeared, watching Maibon from a stump. The farmer reproached the dwarf, but Doli reminded he had tried to warn the man, and further explained that the stone kept returning because Maibon did not truly wish to be rid of it. At last the farmer flung it down inside the stump as Doli suggested, and thereafter his family grew, his wheat ripened, and he aged proudly and contentedly for the rest of his days. 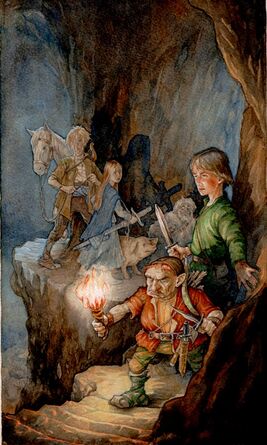 From his first appearance Doli spoke critically and harshly to the Companions. On encountering the Gwythaint Fledgling, Doli would have chopped the creature's head off; after Taran decided to keep it, the dwarf warned the bird would attack them and report then to Annuvin, Later he begrudgingly made a cage for it, from which it soon escaped, whereupon Doli repeated his earlier warnings.

Doli fought alongside Fflewddur against the Horned King's men. After the travelers reached Caer Dathyl, Prince Gwydion gave Doli the power to turn invisible, just like the rest of his folk.

During the quest to find and destroy the Black Crochan, Doli was brave enough to enter Annuvin on his own, invisibly (an act which hurt his ears). He later saved Taran and the Companions from the Huntsmen of Annuvin, and led the group to the waypost of Gwystyl of the Fair Folk. In the end Doli freed the Companions from capture and fought valiantly beside Gwydion, helping to save Taran and the others from the clutches of King Morgant. 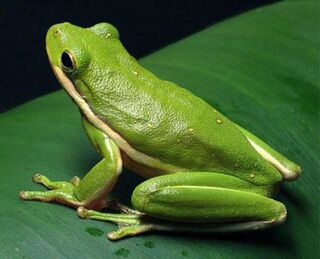 Fflewddur's giant cat Llyan found a dying frog -- who, to everyone's surprise, turned out to be Doli! The dwarf had been investigating the burglary of a Fair Folk treasure trove when the evil wizard Morda cast a spell on him. After Morda's defeat by the Companions, Doli was returned to his normal form. He gratefully accepted The Crescent Moon of Llyr, which had been crafted by the Fair Folk before being twisted to evil ends. Doli further told Taran of the Free Commots, and explained the power of Taran's Battle Horn before departing. 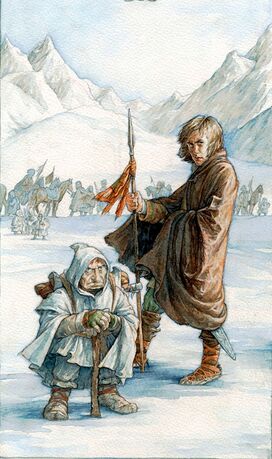 Doli led Fair Folk warriors into battle alongside Taran and the men of the Free Commots, against the Huntsmen of Annuvin. The dwarf devised a scheme to defeat the savage warriors, once and for all, by igniting a frozen river and drowning them all. Doli further guided the band into an abandoned Fair Folk mine where the greed of Glew trapped them. He then joined the Companions in Annuvin -- staying invisible most of the time to avoid the ill effect of the Land of Death -- for the final confrontation against the Death-Lord and his servants. 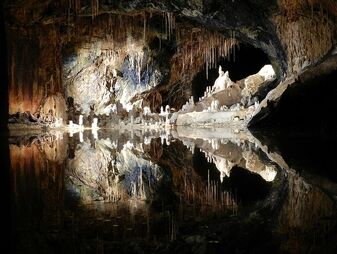 When Taran was named High King of Prydain, and the Sons of Don resolved to return to the Summer Country, it was decreed that the Fair Folk, while remaining in Prydain, would forever seal their cave entrances and way posts. Doli would have to return to his kin's enchanted realm, never to return to the world of men.

In parting, the dwarf gave Taran an axe of Fair Folk craft, to help the new king with the labors he had determined to undertake for the good of the land and its people.

As usual, Doli expressed acute grumpiness, and relief he would no longer have to deal with humans... yet tears shone in his bright red eyes.

Retrieved from "https://prydain.fandom.com/wiki/Doli?oldid=9361"
Community content is available under CC-BY-SA unless otherwise noted.