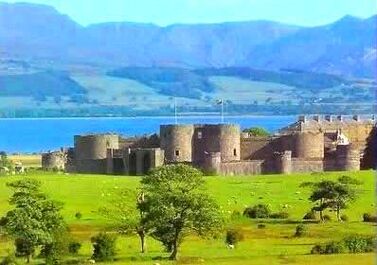 Dinas Rhydnant was the capital of the Isle of Mona, from whence King Rhuddlum and Queen Teleria -- and later King Rhun -- ruled. It was a sea port with a rocky coastline.
This page contains spoilers. If you do not wish to be spoiled, do not read further. 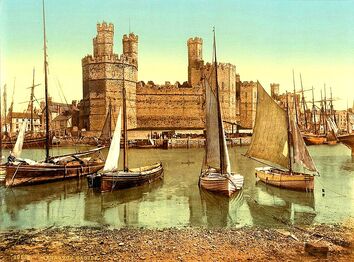 Mona Haven provided docking for ships from the mainland and for local merchants, fishers and military vessels.

The Royal Castle was the residence of the House of Rhuddlum, and the place where Taran and the Companions were quartered during the early part of the adventure recounted in The Castle of Llyr. Princess Eilonwy was sent here to learn how to be a "proper princess" among Queen Teleria and the ladies of the court.

Retrieved from "https://prydain.fandom.com/wiki/Dinas_Rhydnant?oldid=7326"
Community content is available under CC-BY-SA unless otherwise noted.