Daylight is the fourteenth chapter of The High King. Here we return to the heroine's point of view as events grow more dire and spin out of control of the protagonists. Only aid from the natural world can turn matters once more in our heroes' favor, and only a selfless act abetted by enchantment can save ther hero from certain death. 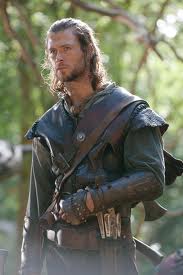 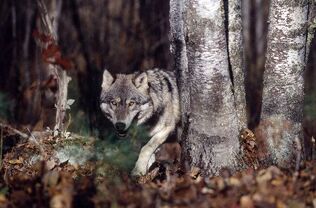 Princess Eilonwy and Gurgi, separated from the main force of Commot warriors led by Taran, were abducted by marauders in the Hills of Bran-Galedd, and brought to their leader, Dorath. The mercenary at first believed Eilonwy, clad in warrior's garb, was a "beardless boy" who might bring ransom; then he thought her bauble was a "treasure" made of gold. Yet he soon recognized Gurgi as Taran's friend, and Eilonwy as a woman, whom he called "Princess Vixen" after marking her as the beloved of whom Taran had once spoken. Dorath's cruel intentions grew clear to Eilonwy, who for the first time was "deeply afraid". Gurgi burst loose and attacked Dorath, who drew his sword to strike ... ...when a "long shape" sprang from the rocks, pounced on Dorath and tore out his throat! "Gray shadows" moved among the camp, slashing the marauders to death; Eilonwy, retrieving her bauble from the fallen Dorath, shed light on the wolves 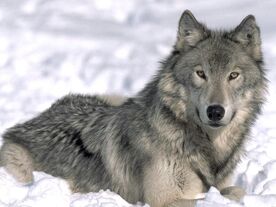 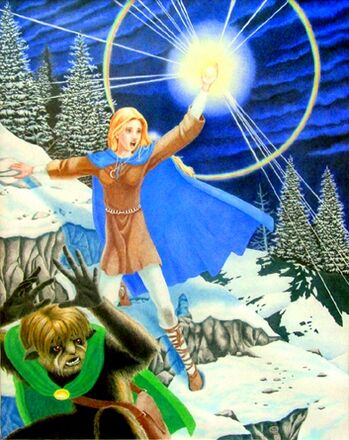 Brynach and Briavael. Eilonwy deduced these had been the very wolves who once had met them near Medwyn's Valley; as she despaired of communicating with them she realized she could understand their speech. She told Brynach all that had transpired, and Brynach replied that they must follow him.

The wolves led the two Companions through "hidden trails and passages whose existence the girl would have never guessed", and past places of danger and death. In the hills Eilonwy spotted bears and foxes, who she deduced were scouting the wilderness for marauders. The companions soon spotted Taran's band in a valley far below, but they disappeared into a wall of rock (the Fair Folk mine of the previous chapter, Darkness). Their descent into the valley was long; in the evening Eilonwy spotted a long column of Huntsmen of Annuvin -- hundreds of them -- marching straight toward the entrance to the mines, from which Taran's band suddenly emerged. Realizing the two were unaware of each other and that the Commot men would be trapped against the rocks and slaughtered, Eilonwy lifted her bauble high and lit it more brightly than ever before -- so bright it seemed "the sun itself were bursting from the mountainside.... The whole valley had turned bright as noon."

Retrieved from "https://prydain.fandom.com/wiki/Daylight?oldid=7265"
Community content is available under CC-BY-SA unless otherwise noted.