The Companions is a phrase used by author Lloyd Alexander in The Chronicles of Prydain to refer to the four main characters of the series -- Taran of Caer Dallben, Fflewddur Fflam, Princess Eilonwy, Gurgi -- and any allies with whom they might have been traveling. This group might include erstwhile members such as the dwarf Doli, Adaon Son of Taliesin, Prince Rhun of Mona, Gwydion Son of Don, or even the ex-giant Glew. Animals also seemed to be included, such as the horses Melynlas and Lluagor, the giant cat Llyan, and Kaw the crow. 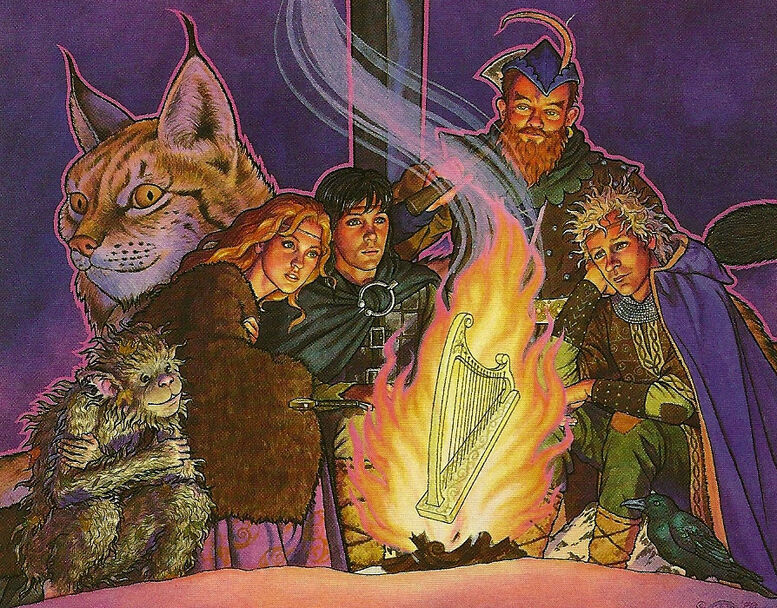 One or more of the main characters might be absent from the group, such as Eilonwy during the events of The Castle of Llyr, or all but Gurgi and Taran in Taran Wanderer, and still the group will be called "the companions".

The term is applied only to heroic members, and never applied to any evil personage who might have been traveling with the group, such as Achren during her brief lead during the events of The High King. 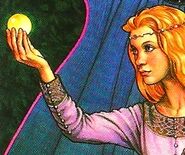 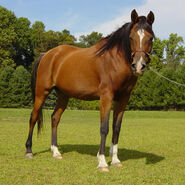 Add a photo to this gallery
Retrieved from "https://prydain.fandom.com/wiki/Companions?oldid=9334"
Community content is available under CC-BY-SA unless otherwise noted.