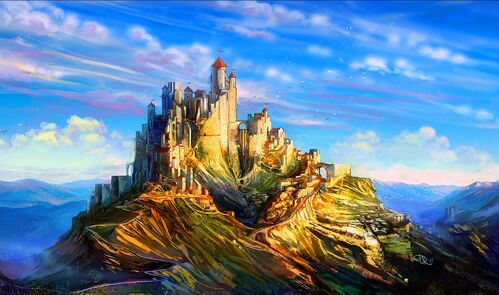 Caer Dathyl was a golden fortress and city in the Eagle Mountains in the north of Prydain. High King Math and many of the Sons of Don, who built the great stronghold, lived here, including Prince Gwydion and Chief Bard Taliesin.  Taran judged it large enough to encompass several Caer Dallbens.

Caer Dathyl was a towering stronghold built on a high hill, from which mighty bastions rose golden in the sun, "like eagles impatient for the sky". Wind-tossed banners showed the Golden Sunburst, emblem of the Royal House of Don. Halls of ornamented wood showcased ancient weapons "of long and noble lineage".

Yet more than a stronghold of war, Caer Dathyl was a place of memory and beauty. Its "widespreading courtyards" were filled with armorers' shops, stables, breweries and weaving chambers, all overlooking a golden valley filled with clear streams, and a township clustered with cottages. Treasures of craftsmanship from every cantrev and Commot in Prydain were stored in various buildings inside its walls. 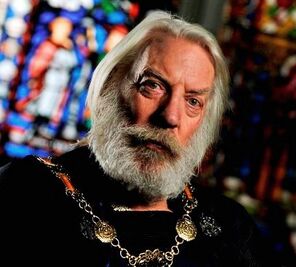 The Horned King gathered an army from among the southern cantrevs to march an army against Caer Dathyl. The rebellion failed after Gwydion confronted and defeated the Horned King, aided by the efforts of Taran of Caer Dallben and the Companions. 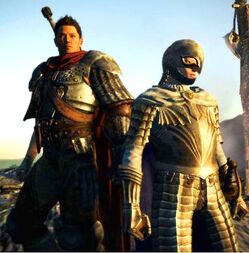 Arawn's next, stronger move against Caer Dathyl came when a large force of Cauldron-Born assailed the fortress, aided by the forces of the treasonous King Pryderi. Pryderi's forces were fought to a rout, but the irresistible Cauldron warriors broke the gates, killed High King Math and destroyed the fortress. The deathless warriors hesitated for a brief moment on being faced by Math in his glory, but then proceed to cut the elder regent down. 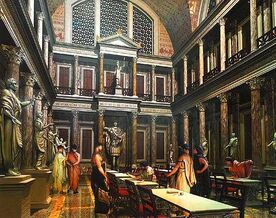 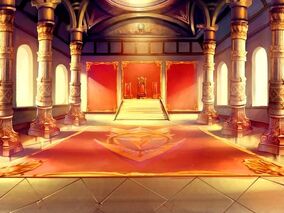 Retrieved from "https://prydain.fandom.com/wiki/Caer_Dathyl?oldid=6804"
Community content is available under CC-BY-SA unless otherwise noted.