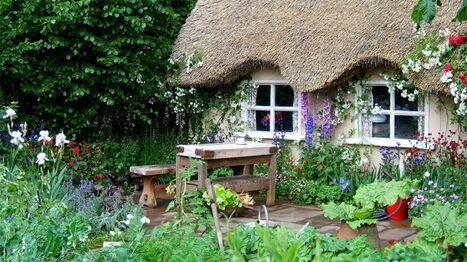 Caer Dallben was a small farm that lay in the south of Prydain, across the Great Avren river. Vegetable fields and fruit-tree orchards encompassed a white cottage and several small outbuildings, including a pig pen, a forge, some beehives, milking stalls and a chicken coop. Beyond its borders, the forest loomed thick and foreboding.

Originally the farm belonged to the farmer and former warrior Coll Son of Collfrewr, but while he was away rescuing the oracular pig Hen Wen from Annuvin, the enchanter Dallben moved in and lived there ever after. At some point Dallben brought an infant, whom he named Taran, there to live as his foster and ward. After her escape from Spiral Castle, the Princess Eilonwy dwelled there and worked as a scullery maid for a time. Gurgi lived there too, probably assisting Taran with his tasks. Later, after her defeat at Caer Colur, Achren came to live there to perform the domestic chores once accomplished by Eilonwy.

Because of Dallben's power, the farm was the one place in Prydain that Arawn would never directly assault. Dallben employed a protective charm, in the form of a wall of flames, to turn back any invaders from the sanctuary. It was because of this protected status that Prince Gwydion chose Caer Dallben as the site at which to plan the seizing of the Black Crochan from Arawn. It was also, along with Caer Dathyl, a fortress to keep Arawn's power from spreading through Prydain.
Retrieved from "https://prydain.fandom.com/wiki/Caer_Dallben?oldid=7596"
Community content is available under CC-BY-SA unless otherwise noted.