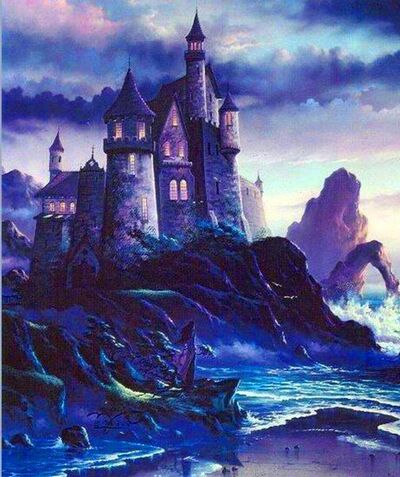 Caer Colur was the ancient seat of power for the House of Llyr, whose daughters were among the most skilled enchantresses in Prydain, and whose men were legendary war leaders.
This page contains spoilers. If you do not wish to be spoiled, do not read further. 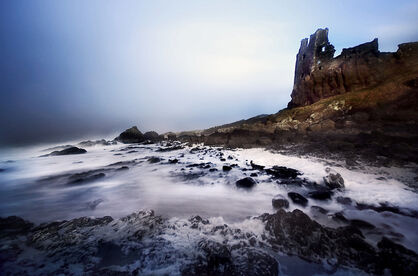 At Caer Colur were stored all their enchanted treasures, "charmed implements" whose wards and spells of protection were later lost to legend. The castle was once connected to the Isle of Mona, but it flooded and detached from the rock of Mona years before the books begin, and floated out into the bay. It was abandoned after Angharad fled to marry against her mother's wishes, and it had crumbled to ruins by the time Taran and his Companions confronted the evil enchantress Achren there.
Retrieved from "https://prydain.fandom.com/wiki/Caer_Colur?oldid=7238"
Community content is available under CC-BY-SA unless otherwise noted.