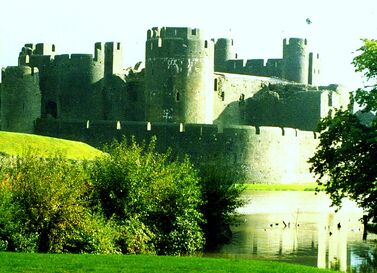 Caer Cadarn was the stone-walled fortress of King Smoit and the seat of power to Cantrev Cadiffor, in the southern Valley Cantrevs of Prydain. Often a site of feasting and celebration, with its hewn stone walls and iron-studded gate, the castle was well capable of holding its own against an invading army.

Its gates and walls -- like the brows of its lord and master -- were dented and battle-scarred. The castle was situated on an open plain wooded with sparse thickets. 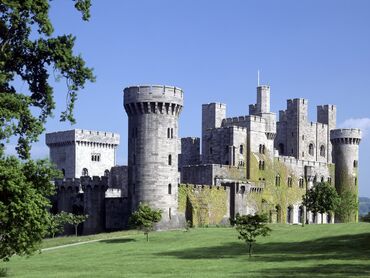 After the events of Taran Wanderer, Smoit bricked up the castle's dungeons, declaring them useless; during the events of The High King, when he was briefly ousted by the sinister Magg, Smoit -- along with several of the Companions, including Taran -- was held prisoner there in his own empty larder.

Retrieved from "https://prydain.fandom.com/wiki/Caer_Cadarn?oldid=7231"
Community content is available under CC-BY-SA unless otherwise noted.